Retrospect on the first Africa Engineering Week in South Africa 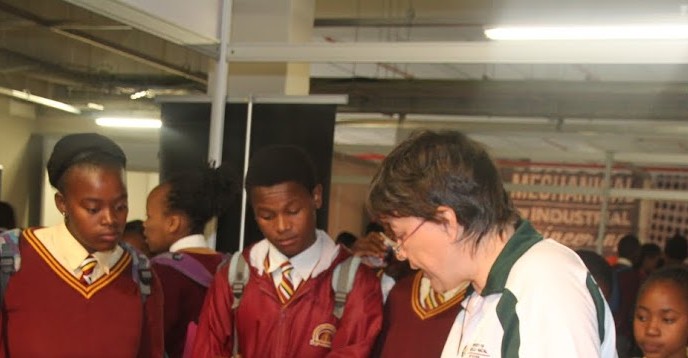 The first ever Engineering Week in Africa took place from 1 to 5 September 2014 in schools across Africa. Its aim was to increase the visibility of engineering and its role in sustainable development, to encourage students to study engineering by supplementing STEM curriculum with practical engineering applications, and to incite more African countries to participate ensuring the sustainability of these efforts.


The official inauguration of this week took place on the 1 September at the University of Johannesburg. More than 200 schoolchildren attended the opening ceremony. The theme for this week-long inauguration was “Engineering is a life Changer!” and the result of a collaboration between UNESCO, the Department of Science and Technology (DST), the Federation of African Engineering Organisations (FAEO), the World Federation of Engineering Organizations (WFEO) and the Engineering Council of South Africa (ECSA).

The opening ceremony consisted of several interesting keynote speakers who addressed subjects related to the need for engineering skills in Africa to an audience of engineering experts from South Africa and abroad. Professor Rukingama, Director of the UNESCO office in Zimbabwe kicked off the speeches, followed by speakers from WFEO, IEEE, FAEO, SAFEO, Intel and Airbus. The Minister of Science and Technology, Naledi Pandor, provided a passionate closing speech, encouraging the young attendees to take up STEM courses at school and pursue these subjects in further university studies and thus become key players in the further development of South Africa.

Activities that took place included a four-day exhibition, open free of charge to the public, showcasing the nine different engineering disciplines offered at various universities across South Africa. The participating exhibitors had the desired effect of exposing young students to the engineering industry at large. On top of this a conference on sustainable engineering took place with multiple sessions open to attend during this week, including one day with multiple sessions focused specially on women in engineering. Each day more than 250 school children attended the exhibitions to participate on the hands-on learning tools, making this a total of more than 2000 school learners attending, majority of them being young women.

Kano and IEEE combined donated forty (40) Kano kits for Engineering Week in Africa. The kits will be distributed to schools in Ethiopia, Kenya, Nigeria, South Africa and Zambia. Around 10 countries in Africa showed an interest in Engineering Week and some planned concrete activities around it.

Both the conference and the exhibition were successful at increasing the visibility of engineering and the strong cooperation on this week between the different involved parties shows great promise to making this an annually reoccurring week across Africa.