During a ceremony held at UNESCO Headquarters in Paris, His Excellency Mr Miroslav Lajčák, Minister of Foreign and European Affairs of the Republic of Slovakia, and Ms Audrey Azoulay, Director-General of UNESCO have signed a framework cooperation agreement for a project that will support access to water for pastoral communities in the Lake Turkana region of Kenya.

The agreement states that the Ministry of Foreign Affairs of Republic of Slovakia shall fund the project through development aid of up to 300.000 Euros, highlighting the major role of UNESCO in the cooperation policy of its Members States.

The cooperation, which has started in Kenya, addresses the issues of access to water and the development of local and regional capacities. It focuses on the maintenance of current water systems, water resources and photovoltaic systems intended especially for pumping, as well as other issues related to water security. The project aims to support pastoral communities residing in the Lake Turkana region. It will be based at the UNESCO Office in Nairobi. Through the Slovakia-funded project, UNESCO continues to maintain its presence in the region and enhance its support to the Government of Kenya in dealing with drought and climate change issues in the most vulnerable communities across the country.

The Republic of Slovakia has played an important role in promoting water issues at the international level, such as Sustainable Development Goal 6 for access to water and sanitation. For example, during the Slovak Chairmanship at the European Union Council, the country organized the "Cities and Water Conference" in Bratislava, Slovakia, in October 2016, a session at the European Council to present the United Nations World Water Development Report (WWDR), as well as a conference at UNESCO Headquarters in December 2016. 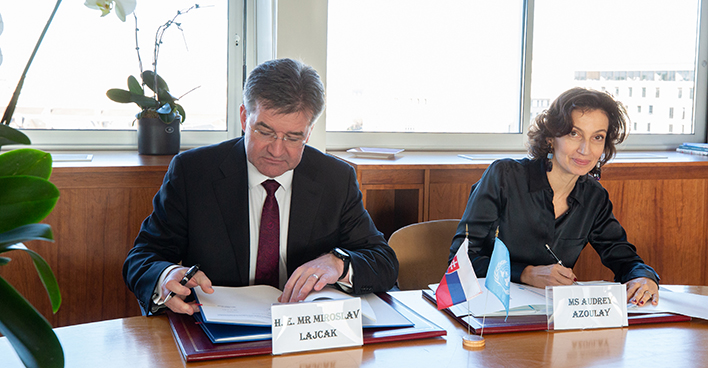