The pros and cons of private and public education in Africa 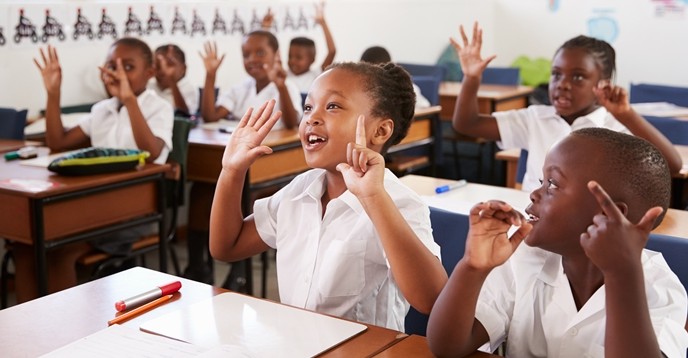 In one of a series of interviews exploring the right to education on the 70th anniversary of the Universal Declaration of Human Rights, Professor Ann Skelton explores the pros and cons of private and public education.

“It is clear from the Human Rights Declaration and the UN Convention on the Right of the Child that state has an obligation to provide education to everyone. This means by default that they must have an effective and quality education system in place that everyone can access,” says Professor Ann Skelton who is a member of the UN Committee on the Rights of the Child, Director of the Centre for Child Law at the University of Pretoria and UNESCO Chair in Education Law in Africa.

Professor Skelton also confirms that standards and international norms clearly state that private education must be adequately regulated and has to be provided at the same level of quality at least as public education.

“Often this is clearly not happening. There are many negative impacts when education is commodified. Any for-profit provider brings risk. Often what we see is States sitting back and saying, 'oh well if these other people are happy to provide education then we don't have to put much effort into it,” she says.

That is when other for-profit companies are willing to move into that space.

“It also means that good teachers tend to move themselves over to the private system if it pays better. Parents in some countries mistakenly vote with their feet to go to what they imagine is a better system and struggle on even when it turns out to be inadequate,” Skelton adds.

The question of accountability

Professor Skelton is chairing a group of experts drafting guiding principles for state actors in private education and Much lies in making States accountable for regulating the private sector and developing quality public schools. Prof. Skelton feels States need to be making much more effort at a national level to implement regulatory frameworks that ensure standards are good.

“Something interesting which we are discussing with civil society organizations and education and legal experts is whether there is a basis in human rights law to encourage States to ensure that not more than a certain percentage of schooling available in a country is private. Could one come up with a cap on the growth of private education?” she asks.

However, she added, there are huge variations in how private actors may be involved in education and the impacts they have.

"In Kenyan or Nigerian informal settlements, for example, the government abdicated responsibility, and abandoned people to low-quality, non-regulated service providers, which has had an impact on the poorest seeking quality education, which is clearly against international standards. But look at The Netherlands where, in a way, most schools are privately managed, by non-profit actors, and publicly funded, and it is considered a high- quality system.”

“This poses this question of whether we should fix systems that aren't broken. In other words, how do we make standards that can be applied in all settings but leave some space for models that work, or that are demanded by the population?” she said.

Other challenges include strictly regulating countries in the global north with holding companies which exploit education in other countries through offering cheap education of lesser quality.

For example, in South Africa during apartheid if black people had relied on what the State was to give them they would have been much worse off. They relied on mission schools run by people with a passion for education and who wanted to ensure the advancement of leaders for the future. To me that seems to be different from the commodification of education and the exploitation of people.”

She said sufficient state investment was key but that there was a long way still to go to achieve the targets of Sustainable Development Goal 4.

However, there were hopeful signs in Africa of States starting to take responsibility for their education systems.

“I am very heartened by Uganda and Kenya defending their regulations in court and taking a firm line with private service providers and the courts upholding the role of these States in regulating private schools to ensure quality and the respect of labour law," she said.

Prof. Skelton's vision for the future is to build an interest in and awareness of education law. At the University of Pretoria, she is currently teaching a group of doctoral students from across the continent on different aspects of African education law.

“What I want to try to do is built a cohort of young academics who are passionate about education law. We are embarking on a big project on justiciability, which examines to what extent law and courts can be used to ensure education provision and quality. We are using reports from the former UN Special Rapporteur on the right to education, Mr Kishore Singh, as our framework.”

As the Universal Declaration of Human Rights marks its 70th year, UNESCO is launching a digital campaign on the #RightToEducation, a right that is an absolute priority and at the core of its global mission to ensure equal access to quality education. Find out more here.