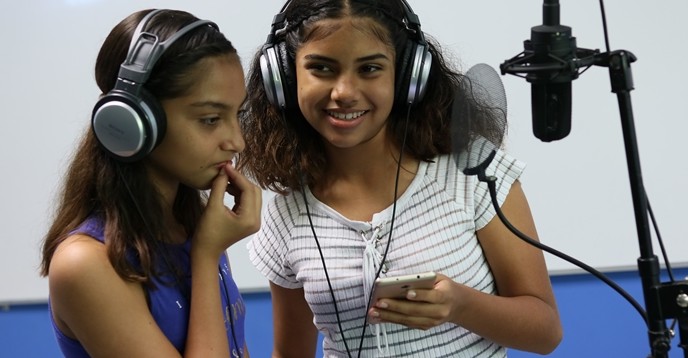 A Costa Rican project empowering girls from vulnerable backgrounds in Central America through digital technology has been awarded the 2019 UNESCO Prize for Girls' and Women's Education.

The Prize was awarded during an official ceremony at UNESCO Headquarters on the International Day of the Girl Child on 11 October 2019. Held as part of the special event, Girls’ education: A force for gender equality and lasting change, the ceremony attracted over 600 participants and included messages from Peng Liyuan, UNESCO Special Envoy for the Advancement of Girls’ and Women’s Education and UNESCO Director General, Audrey Azoulay.

The project provides extracurricular workshops and training in digital technology to Central American girls aged 12 to 18 from vulnerable backgrounds.

“Many of the girls we work with are living in very difficult conditions”, said Kemly Camacho, general coordinator at Sulá Batsú. “Some come from areas where poverty is severe, suffering from malnutrition and family neglect and most are subject to sexual harassment.’ Expenses associated with attendance are covered and mothers coming with their children are ensured appropriate accommodation.

“Most girls we train have gone to primary school but many do not make it to secondary school because they have to work at home or outside. Their expectations are to marry and have children rather than a career.”

Through digital tools, girls increase their self-esteem, amplify their voices and develop skills that empower them to contribute to their communities and earn a living.

Now flourishing in five additional countries in the region, the project focuses on digital music, community journalism, technological prototyping and code development, including a programme specifically designed for mothers. Each training is adaptable to various age groups and focuses on empowering girls to create solutions to problems or needs they have identified in their communities.

Since its launch in 2016, over 4,000 girls have benefitted from the trainings, developing over 300 technological prototypes along with various other digital and audio-visual solutions.

For example, a group of ten girls from five Costa Rican communities developed a prototype for a small device. The device fits on an earring, or necklace, and connects to the wearer's mobile phone to record incidents of sexual harassment while also sending a help signal to five pre-selected contacts in the phone’s address book.

“After girls develop a prototype like this one, we work to connect them to women computer engineers who volunteer to develop the software with them,”, said Kemly.

Other creations include the development of an online marketplace for girls selling artwork and a feminist dictionary initiative called Palabras que transforman (Words that transform).

Kemly hopes to expand the project’s network and increase girls’ opportunities in the region.

“This Prize is important because it highlights not only the truly difficult conditions these girls overcome to achieve incredible things but also the potential and vibrancy of the Central American region.”

Established in 2015 with generous funding from the Government of the People’s Republic of China, the UNESCO Prize for Girls’ and Women’s Education is granted annually to two laureates and consists of an award of US$ 50,000 to each to help further their work in the area of girls’ and women’s education.