A prevention programme to counter a new Ebola emergency in Liberia 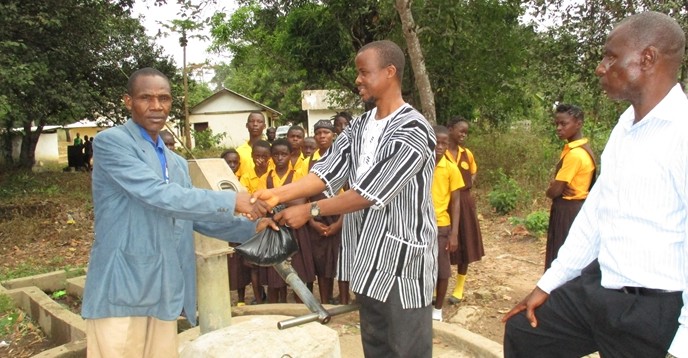 An Ebola recovery and health promotion programme is underway in Liberia, thanks to a partnership between UNESCO and the ORAPI Hygiene Foundation.

The dramatic 2013-2016 Ebola Virus Disease outbreak in West Africa killed more than 4,700 people in Liberia among over 10,500 cases that were reported in the country. Young people, particularly girls, were the most severely affected.

While Liberia today remains free of the Ebola virus disease, efforts to reduce the risk of additional outbreaks continue.

Since July 2016, thanks to a partnership between UNESCO and the ORAPI Hygiene Foundation, a health promotion project is underway in Liberia. It is addressing some of the priority needs of the education sector and is contributing to creating healthier school environments, stopping the resurgence of the Ebola Virus Disease (EVD) and preventing outbreaks of other infectious diseases.

The UNESCO/ORAPI programme aims now to ensure that students, teachers and community members have the capacity to apply health and safety protocols in schools, and have access to educational materials.

The implementation is managed by the National Teachers’ Association of Liberia (NTAL), in collaboration with the Ministry of Education, Republic of Liberia, with support from the UNESCO Antenna in Liberia, and in consultation with other partners such as UN agencies and civil society.

The project activities will be implemented over a period of three years. The first phase benefited the Nimba County – the second largest populated county in Liberia. Now the programme enters successfully its second phase, having already reached 74% of the total number of students targeted by the project. This means that during the two next phases the activities will reach a much larger number of students than the original overall target.

Since the opening of the programme, this unique partnership allowed:

In 2017, activities will be implemented in the Bong County.

“We must also go beyond the Ebola virus disease to prevent other diseases prevalent in Liberia, and must include sexually transmitted infections,” he said.

The partnership forms part of UNESCO’s response to Ebola, focused on strengthening the capacity of governments to recover from the outbreak and preventing future public health emergencies.