Paving the Way for a Global Sustainable Blue Economy: Launch of the MSPglobal Initiative 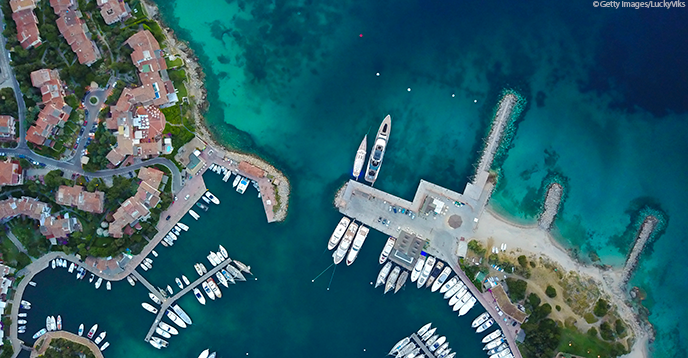 The Intergovernmental Oceanographic Commission (IOC) of UNESCO and the Directorate-General for Maritime Affairs and Fisheries (DG MARE) of the European Commission launched their new joint initiative MSPglobal on 11-12 February 2019 in Paris, France.

Dr. Vladimir Ryabinin, Executive Secretary of IOC-UNESCO and Assistant Director-General of UNESCO, and Ambassador Rupert Schlegelmilch, Head of the European Delegation to the OECD and UNESCO, welcomed 120 participants from over 50 different countries who attended the opening.

To lay the foundations for an informed exchange, the MSPglobal Initiative was presented to the audience and its various work packages detailed. The project aims to improve cross-border and transboundary cooperation by developing new international guidelines on maritime spatial planning (MSP). These guidelines will notably build on two pilot projects in the West Mediterranean and the Southeast Pacific, with strong participation of local stakeholders.

“You are the end-users of the MSPglobal initiative,” said Julian Barbière, Head of the IOC Section on Marine Policy and Regional Coordination.

Experts from all over the world contributed to the panels of discussion dedicated to regional visions for MSP and Sustainable Blue Economy and challenges of cross-border/transboundary MSP. They engaged on a wide number of topics through the interactive Slido tool with the audience, both those in situ as well as those following the online webcast from around the world.

© MSPglobal – Participants share their contribution to the MSPglobal Initiative during the opening conference on 11-12 February 2019 in Paris, France.

Among the many important messages to emerge from the conference, the speakers highlighted the need to generate common political willingness to improve cooperation on issues of ocean governance; to advocate for open data, science and information among countries and institutions; and to communicate about the MSPglobal initiative in a clear and concise way.

In the end, we should not “forget that MSP is about ‘delivering to society’,” explained Thomas Johansson from the Swedish Agency for Marine and Water Management.

The MSPglobal Initiative is designed to support the implementation of the Joint Roadmap to accelerate marine/maritime spatial planning processes worldwide adopted by the IOC-UNESCO and DG MARE in March 2017.

One Planet, One Ocean, Preserving the Ocean, Intergovernmental Oceanographic Commission