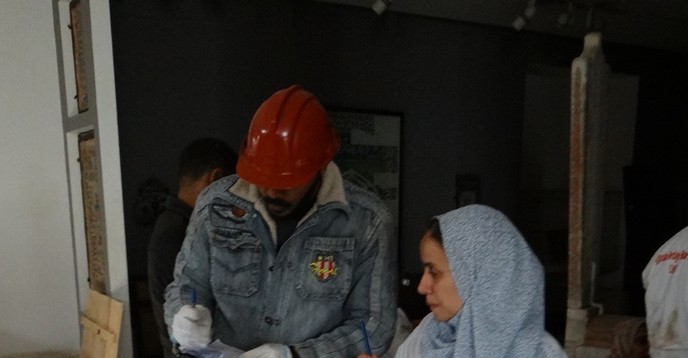 On 24 January 2014, the Museum of Islamic Art, which also houses the Archive Museum of the National Library at Bab el Khalq, suffered major collateral damage following the attack on the nearby security headquarters.

The Director-General of UNESCO, Irina Bokova, immediately declared her commitment to “mobilise all of UNESCO’s experience and expertise to rebuilding the Museum and restoring the damage – this is as essential for the people of Egypt as it is for women and men across the world”.

Ms Bokova’s statement was followed by the announcement of the dispatch of a joint UNESCO - ICOM (International Council of Museums) - Blue Shield emergency assessment mission to Cairo from 30 January to 3 February. The mission, comprising a UNESCO representative, an architect/museum specialist and an Islamic expert representing ICOM and the Blue Shield, will assess the damage and draw up a restoration plan to be proposed to potential donors. UNESCO has already made a contribution of US$100,000.

As part of its capacity-building programme for museum professionals, in December 2013 UNESCO provided training to 21 individuals responsible for museum management and disaster/conflict risk reduction as well as a “train-the-trainers” course funded by the Prince Claus Foundation and the Swiss Government in the framework of the Foundation’s Cultural Emergency Response Program. The newly trained staff intervened some 45 minutes after the explosion and immediately put in place emergency measures. Regrouping in teams, they were able to ensure the safekeeping of cultural objects in the Archives and Islamic Museum.

This tragedy illustrates the vulnerability of cultural heritage during civil unrest. In such situations, the implementation of the cultural conventions, for which UNESCO serves as the depository organization, as well as capacity-building and community awareness activities play an essential role. The Director-General called upon the solidarity of Member States "to support action to rehabilitate the Museum, the galleries and displays." She added that said that "this heritage is part of the universal story of humanity, shared by all and we must all do everything to safeguard it."

The Museum of Islamic Art in Cairo was established in 1881 during the reign of Khedive Tawfiq Muhammad Pasha (1879-1892). Since its creation over 130 years ago, its holdings have grown from some 100 to over 100,000 objects, including carpets, coins and medals, ceramics, glass, jewelry, manuscripts, measures and weights, metal and wooden instruments, sculptures of stone and marble and textiles from all over the Islamic world spanning the pre-Islamic era of the 7th century to the late 19th century.

Protecting Our Heritage and Fostering Creativity, Culture in Emergencies, Museums