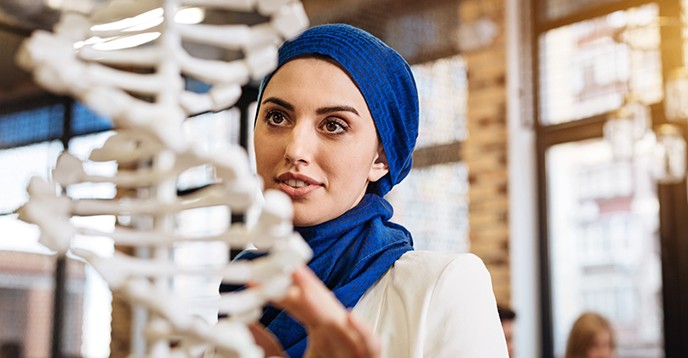 The Organization for Women in Science for the Developing World (OWSD) has announced the first recipients of the new OWSD Early Career fellowship programme. Twenty women scientists from 12 countries in the developing world will receive up to USD 50,000 to lead research projects at their home institutes, and to build up research groups that will attract international visitors. Funding for the fellowship is generously provided by Canada's International Development Research Centre (IDRC).

The first Early Career fellows were selected from a highly competitive pool of candidates based on the strength of their research proposals and their proven scientific excellence as well as leadership skills. They range from a Cameroonian agricultural scientist studying how to improve larvae yield in African river prawns, to a Sri Lankan biochemist aiming to improve early detection of severe dengue fever, to a Congolese physicist creating an energy microgrid system in her country using biofuels generated from solar heat and biomass.

With this new support at postdoctoral level, awardees will be able to invest their energy and scholarship in building a research environment both at regional and international level. The award will have an important impact on local research cultures as well as on the awardees themselves, enhancing the visibility of their past work and creating new opportunities for the future.

The partnership between OWSD and Canada aims to empower women researchers based throughout the developing world to become leaders and role models in science, technology, engineering and mathematics (STEM). With this new fellowship programme,  OWSD now has two major fellowship strands: an existing PhD training programme funded since 1998 by the Swedish International Development Agency (Sida), and the new Early Career Women Scientist (ECWS) programme, funded by IDRC.

The two donors, IDRC and the Swedish International Development Agency (Sida) agreed to pool resources in order to provide a comprehensive career development programme for women scientists from 66 of the world's least developed and scientifically lagging countries (STLCs). The aim of the Sida-funded programme is to enable women from STLCs to leave their home countries and travel to better equipped laboratories and departments in other developing countries in order to complete their PhD training to internationally competitive standards. The aim of the IDRC-funded programme is to enable women with PhDs to stay in their home countries and continue their research to international standards, while training new PhDs and building a research team and centre of excellence in their field.

The Organization for Women in Science for the Developing World (OWSD)
OWSD was founded in 1987 and is the first international forum to unite eminent women scientists from the developing and developed worlds with the objective of strengthening their role in the development process and promoting their representation in scientific and technological leadership. OWSD provides research training, career development and networking opportunities for women scientists throughout the developing world at different stages in their careers. OWSD is hosted by The World Academy of Sciences for the advancement of science in developing countries (TWAS), a UNESCO Programme based in Trieste, Italy.