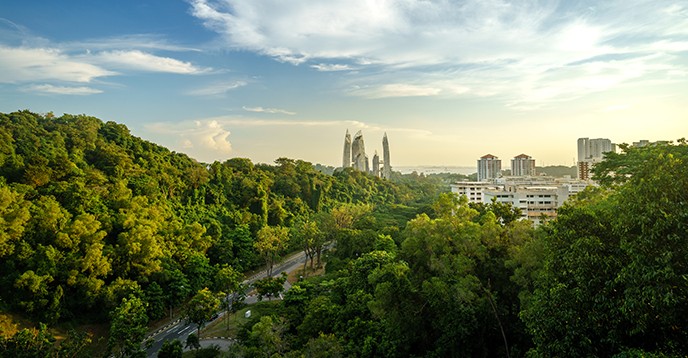 The Director-General of UNESCO, Irina Bokova, has named the National Parks Board of Singapore as the laureate of the 2017 UNESCO Sultan Qaboos Prize for Environmental Preservation. The prize-giving ceremony will be held in Jordan on 7 November as a side event of the World Science Forum that will take place there from 7 to 11 November.

An international jury selected to honour the Singapore government agency in charge of nature reserves and parks for its significant contribution to environmental preservation. The National Parks Board promotes biodiversity in an urban environment through the restauration of habitats and species. It also supports teaching on biodiversity at all levels of education. The applied research conducted by the Board has also helped identify new endemic species of plants and terrestrial invertebrates.

The National Parks Board manages the World Heritage site of the Singapore Botanical Gardens alongside 350 parks and four natural reserves. Working with the Secretariat of the Convention on Biological Diversity, it has developed the Singapore City Biodiversity Index, a self-assessment tool for cities’ biodiversity conservation efforts.

Created 25 years ago thanks to a donation by Sultan Qabus Bin Said Al Said of Oman, the UNESCO Sultan Qaboos Prize for Environmental Preservation consists of a financial reward of $70,000 dollars, a diploma and a medal. It is awarded every two years.

Science for a Sustainable Future, Geology, Ecosystems and Biodiversity