The COVID-19 pandemic has only magnified the existing challenges in literacy and learning: Around 773 million young people and adults still lack basic literacy skills (UIS), and 40 % of the global population doesn’t have access to education in a language they speak or understand.

On 21 February, the world will celebrate International Mother Language Day which will focus this year on “Fostering multilingualism for inclusion in education and society.” Ahead of the Day, we're discovering how UNESCO International Literacy Prizes winners are coping with and reflecting on their literacy programmes through mother language learning in the light of the pandemic, which has disrupted education around the world.

In Thailand, minority language speakers at risk of being excluded from learning and accessing crucial information during the pandemic

While multilingualism can advance inclusion and the Sustainable Development Goals’ focus on leaving no one behind, the opposite can prove to be a major struggle for learners and their parents during a pandemic. Especially minority groups are the most vulnerable in emergencies.

Global research shows that children who were already disadvantaged have suffered the most from the pandemic school closures and thus the education gap between the have and have-nots has grown even bigger.

“Emergency education materials are usually provided only in major national or international languages. This has proved to be a problem in many countries,” says Emeritus Professor Dr. Suwilai Premsrirat from the Research Institute for Languages and Cultures of Asia, Mahidol University in Thailand. She was in charge of implementing the Patani Malay-Thai Multilingual Education (PMT-MLE) Programme which received the UNESCO King Sejong Literacy Prize in 2016.

The Jury for the UNESCO prize at that time was impressed by the fact that the team had created a Thai-based orthography to write Patani Malay, since it had formerly only been a spoken language. The UNESCO King Sejong Literacy Prize has contributed to advocacy efforts that have managed to convince the Thai government about how mother tongue-based multilingual education can help ethnic minority children’s learning. But when it comes to emergencies, maintaining multilingual approaches has not been easy. 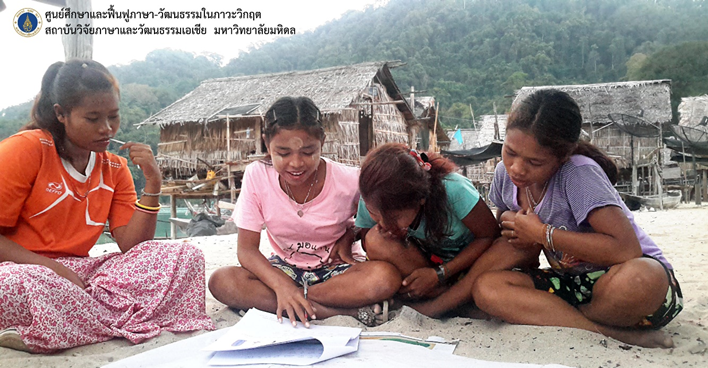 During the pandemic, learning was partly ensured by the government through TV classes. However, for ethnic minority groups, this was not always helpful: “For ethnic minority children in Thailand, the TV classes were a waste of time because they could understand very little of the language used. Many minority parents complained that they were unable to help their children’s distance learning because the Thai language used in emergency materials was too hard for the parents to understand,” says Dr. Premsrirat, also emphasizing the importance of involving the parents in maintaining their childrens’ learning and being able to understand the information.

Rather than capitalizing on the one-size fits all solution, she encourages the use of mother tongue-based literacy learning in local communities with low-cost solutions such as e-books: a cheaper and faster produced medium than printed books, since mother tongue material can be written and translated from anywhere and reach people on their mobile phones.

Another example of the importance of mother-language based education and literacy learning, as well as the use of information technologies during emergencies, is from the National Strategy for Multilingual Literacy by the National Office of Literacy and Education for Adults in Algeria, who won the UNESCO King Sejong Literacy Prize in 2019. The programme provides literacy courses for adults in two Algerian official languages, Tamazight and Arabic, emphasizing the importance of literacy learning in the mother language.

Mr. Kamel Kherbouche, Director of the National Office of Literacy and Education for Adults (ONEA), emphasizes the importance of a multilingual approach to learning and particularly literacy learning:

“From our point of view, it is wise to take a bilingual literacy approach, ensuring that the first contact with the written word is in the mother tongue, to inhibit fears of failure and increase the participation rates. However, it is equally important to become literate in the official language(s) of work and communication(s) of the country, to allow inclusion and access to the labor market and hence, to economic and social empowerment.” 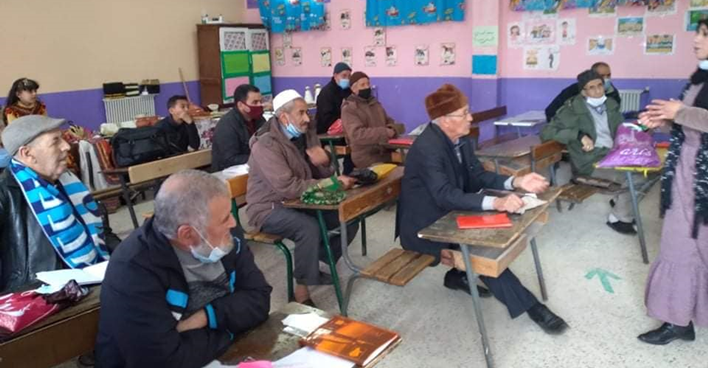 © National Office of Literacy and Education for Adults - Algeria

Arabic and Tamazight, while both being national languages, some citizens are only literate in one of them. A multilingual approach to communication and information, therefore, is key to ensuring that all citizens receive vital messages and information, especially during the pandemic.

“As for the fight against the spread of COVID-19, the use of the various official national languages of the country allows the message to be received and understood by everyone. We have also explored the status of Heads of households as to making them aware of the behavior to be taken into account in the face of COVID-19. We use them as a vehicle for transmitting information to other members of their families, neighbours and the immediate community.”

Since the programme received international recognition through the UNESCO King Sejong Literacy Prize 2019, the organization and activities have received better visibility and a boost from the various stakeholders, which include Officials, literacy workers and partners. In Mr. Kherbouche’s words, the Prize breathed new life into the desire of strengthening the programme and tackling new projects such as education for sustainable development and preservation of the country's intangible heritage through the knowledge of learners, family literacy and Citizenship Education.

“Beyond innovative practices, the large-scale dissemination of which would undoubtedly contribute to the promotion of literacy, what seems really important to us is to share the idea that literacy is not reduced to the teaching of reading, writing and arithmetic, but that it is an investment in human potential with the assurance of individual and collective impacts.” 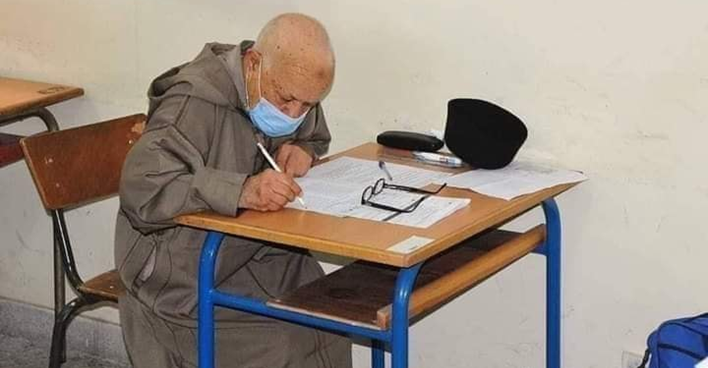 © National Office of Literacy and Education for Adults - Algeria

Learn how other UNESCO awarded literacy programmes have coped with maintaining literacy learning during the pandemic here:  Jordan and the Democratic Republic of the Congo and Colombia and Indonesia.