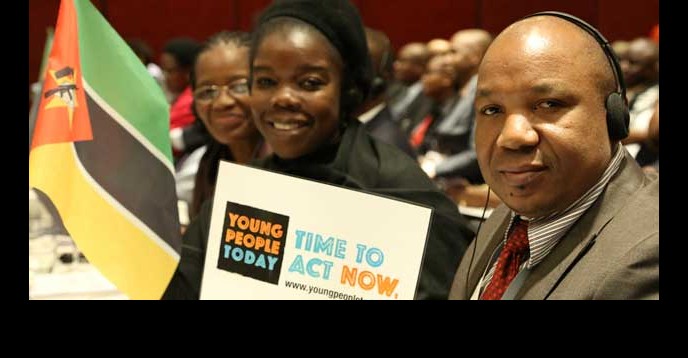 At a landmark meeting of health and education ministers in Cape Town on 6-7 December, twenty countries in Eastern and Southern Africa committed to significantly improve sexuality education and health services for adolescents and young people.

The commitments focus on rolling out training to teachers and other professionals as well as developing good quality curricula that will ensure that all young people have the education that they need to prevent HIV and unintended pregnancy. They also promise to cut by half the number of young people who do not have access to affordable, equitable and appropriate health services by 2015, and work towards ending gender-based violence and child marriage by 2020. These commitments come hot on the heels of a regional report published by UNESCO – Young People Today. Time to Act Now - on the state of education and health among young people in the region, which calls for improved services from young people themselves.

“For many of us from the previous generation accepting that our young people are sexual beings has been difficult. But the abundance of evidence from across the world that talking to young people about sex and making available commodities on sexual and reproductive health does not increase sexual activity should afford us some comfort….As the custodians of their education, health and wellbeing we should broaden our lens and respond to what is their current and lived reality” said Enver Surty, Deputy Minister of Basic Education for South Africa.

Seasoned youth activist, Yemurai Nyoni from Zimbabwe, one of many young people participating in the meetings said, “What I love about this commitment is the effort it undertakes to not replace already existing outcome documents but to scale up delivery on prior commitments. “In as much as this is a high level ministerial commitment, this is also our document as young people because it’s targeted at us.”

By endorsing these commitments, ministers have agreed to report annually on their progress at the Southern African Development Community (SADC) and the East African Community (EAC) summits. An accountability mechanism is being established which will allow civil society organizations and young people to monitor the progress of their governments.