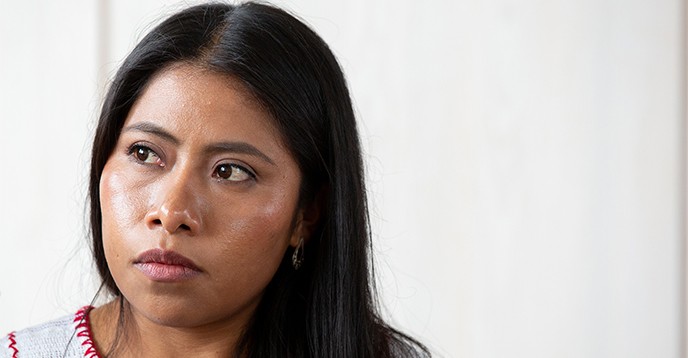 The Director-General of UNESCO, Audrey Azoulay, has named Mexican actress Yalitza Aparicio as a UNESCO Goodwill Ambassador for Indigenous Peoples.

Born on 11 December 1993 in Tlaxiaco, in the Mexican State of Oaxaca, Ms Aparicio is committed to the fight against racism and for the rights of women and indigenous peoples. She was chosen to play in Alfonso Cuarón’s film Roma while studying to be a teacher. Her performance in the film, for which she had to learn the Mixtec language of her father’s family, won her an Oscar nomination for best actress, the first indigenous Mexican woman to be so recognized by the US Academy Awards. TIME magazine (USA) listed her as one of the 100 most influential people in the world in 2019.

Ms Aparicio is one of the faces of the 2019 International Day of the World’s Indigenous Peoples and she has lent her support to the United Nations campaign, I say no to racism!.

She has used her celebrity to promote respect and dignity. Ms Aparicio has thus contributed to the work of the Mexican Commission for the Defense and Promotion of Human Rights. She also works for children’s education, helping raise funds for schools in the city of her birth.