Memory of the World Annual Meeting for Latin America and the Caribbean: UNESCO calls for nominations 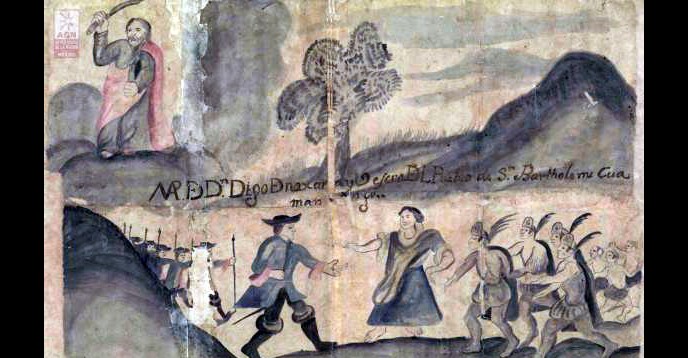 The UNESCO Memory of the World Regional Committee for Latin America and the Caribbean (MOWLAC) will be meeting from 15 to 17 October 2014 in Palafoxiana Library, Puebla –Mexico, to proceed with the selection process of documents or sets of documents from archives, libraries, museums, among other institutions -including audiovisual-, of any format and kind to be inscribed on the “Memory of the World Register for Latin America and the Caribbean”. The Committee members will also debate policies related to documental heritage as well as the visibility of the programme and the resources mobilization opportunities for its further expansion in the region.

Since 2002, the Memory of the World Register for Latin America and the Caribbean has accepted 95 regional inscriptions which include collections from various subjects including politics, philosophy, literature and music, embodied in text, graphic and audiovisual format. The Latin American and Caribbean list also addresses human rights, indigenous themes and slavery issues.

All interested public and private institutions (libraries, archives, museums etc.), international associations, private companies and, individuals can be part of its history by sending their proposals for inscription on the Register. Applications should be sent by August 29, 2014 the latest, to the Committee’s President: Sergio Lopez Ruels, President - MOWLAC (sergiolr(at)redudg.udg.mx) with copies to Rita Semie Hardjomohamad Tjien Fooh, 1st Vice-President – MOWLAC (ritatjien(at)yahoo.com) and Carlos Henriquez Consalvi, 2nd Vice-President - MOWLAC (chenriquezconsalvi(at)mac.com).

Documentary heritage traces the evolution of thought, discoveries and achievements of human society. It is the legacy of the past to the present and future global community. A vast amount of the world’s documentary heritage is currently dispersed due to accidental or deliberate displacement of documents and collections, wars and other historical realities. Taking all of this into account it is necessary to plan and subsequently take the relevant actions and policy measures. Thus, the participants in the meeting will also discuss the first-ever draft Recommendation on preserving and accessing the documentary heritage, that is to be adopted by the UNESCO General Conference in 2015.

The meeting is being organized by UNESCO and MOWLAC in cooperation with Gobierno de Puebla. According to Nuria Sanz, UNESCO Mexico Office´s Director, documental heritage is “a social resource and a permanent source of knowledge.  The international academic community of experts in LAC should be institutionally supported in its endeavor.”, therefore hosting this meeting in Puebla is so relevant.

It is also important to highlight that the activities will take place at the Palafoxiana Library, which is of quite special significance for MOWLAC. The historic and cultural values of this building are remarkable. The Palafoxiana Library was the first public library to be opened in the Latin Amercian & Caribbean continent and nowadays is considered of one of the largest collections of human knowledge.

UNESCO launched the Memory of the World Programme to guard against collective amnesia calling upon the preservation of the valuable archive holdings and library collections all over the world ensuring their wide dissemination. The Programme is intended to protect documentary heritage, and helps networks of experts to exchange information and raise resources for preservation of and access to documentary material.

More detailed information about the conditions for submission of nominations is available here.