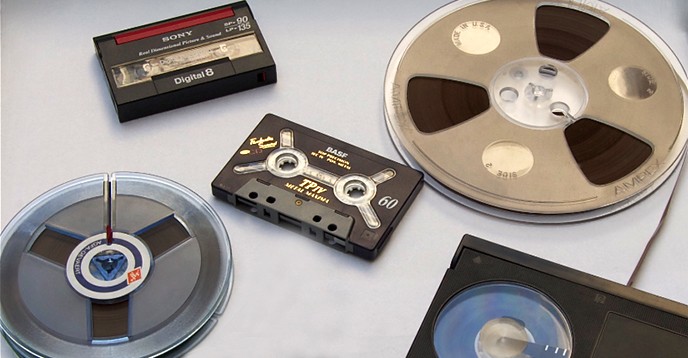 The Magnetic Tape Alert Project, supported by UNESCO, intends to alert stakeholders of the imminent threat of losing access to their audiovisual documents.

The project is a survey of existing audiovisual documents on magnetic tapes that are not yet digitally preserved. The survey focusses on unique recordings rather than copies.

It is implemented within the framework of the Information for All Programme (IFAP) of UNESCO, in cooperation with IASA, the International Association of Sound and Audiovisual Archives

The project was presented during the 50th Annual Conference of the International Association of Sound and Audiovisual Archives (IASA) in Hilversum, the Netherlands on 30 September 2019.

Chair of the IFAP Working Group on Information Preservation Mr Laszlo Z. Karvalics explained that this is a pilot to deal with the problem of endangeredness. It is one of the subthemes that the working group will address as it concerns at-risk audiovisual materials.

Mr Karvalics concluded his remarks by stating that “IASA and the IFAP Working Group on Information Preservation are natural-born allied forces on the digital and cultural battlefield”.

In implementing the project, considerable efforts have been made since July 2019 to encourage stakeholders to respond to the survey questionnaire about existing audiovisual documents on magnetic tape that could become irrecoverable.

As of 15 September 2019, more than 103 submissions have been received with more submissions still being received.

At the event, Mr Dietrich Schüller from the Phonogram Archives of the Austrian Academy of Sciences reiterated the fact that it is not too late to submit the survey that can be accessed at http://www.mtap.iasa-web.org/.  He also highlighted the urgency to survey audio and video recordings that are still in their original state, kept in small academic or cultural institutions, or in private hands.

The Information for All Programme is working with professional institutions to implement a range of pilot projects that generate recommendations in policies and guidelines for action in the area of access to information and knowledge.

The Information for All Programme (IFAP) was established in 2001 to provide a platform for international cooperation in the area of access to information and knowledge for the participation of all in the knowledge societies. IFAP is a unique UNESCO intergovernmental programme that focuses on ensuring that all people have access to information they can use to improve their lives. The IFAP Bureau consists of eight Member States nominated by the governing Council. It meets twice a year to appraise, select and approve projects as well as to hold thematic debates on issues of importance for the Programme.