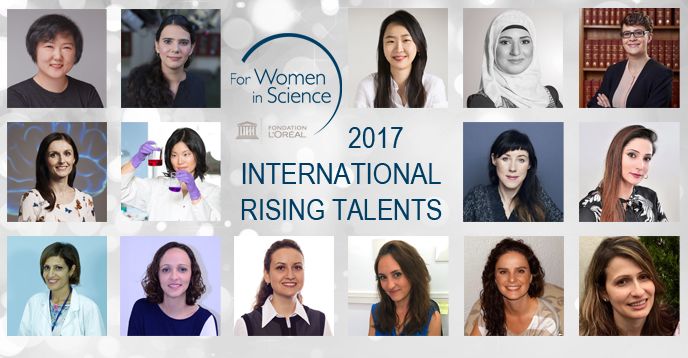 Fifteen outstanding young women researchers, selected among more than 250 candidates in the framework of the 19th edition of the L'Oréal-UNESCO For Women in Science awards, will receive the International Rising Talent fellowship during a gala on 21 March at the hotel Pullman Tour Eiffel de Paris. By recognizing their achievements at a key moment in their careers, the For Women in Science programme aims to help them pursue their research.

Since 1998, the L’Oréal-UNESCO For Women in Science programme has highlighted the achievements of outstanding women scientists and supported promising younger women who are in the early stages of their scientific careers. Selected among the best national and regional  2016 L’Oréal-UNESCO fellows, the International Rising Talents come from all regions of the world (Africa and Arab States, Asia-Pacific, Europe, Latin America and North America).

Together with the five laureates of the 2017 L'Oreal-UNESCO For Women in Science awards, they will participate in a week of events, training and exchanges that will culminate with the award ceremony on 23 March 2017 at the Mutualité in Paris.

The 2017 International Rising Talent are recognized for their work in the following five categories:

Watching the brain at work

On the road to conceiving new medical treatments

Getting to the heart of matter