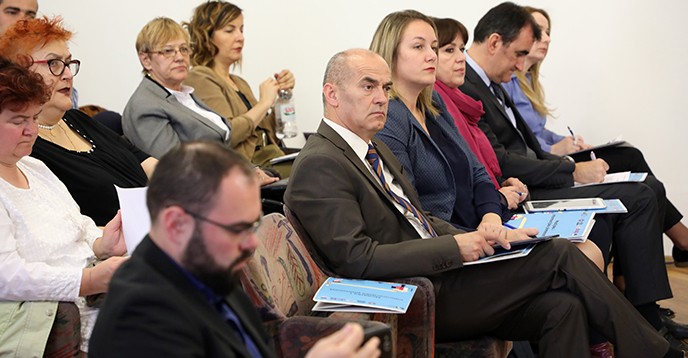 UNESCO and the European Commission supported local stakeholders who organized consultations on MIL policies and strategies in a bid to stimulate sustainable media and information literacy (MIL) development in South East Europe (SEE) and Turkey.

Several initiatives have taken place in recent months that have positioned stakeholders in Albania, Bosnia and Herzegovina, Serbia, Turkey as well as in Kosovo* (*References to Kosovo shall be understood in the context of the UN Security Council Resolution 1244 adopted in 1999) to make progress in realizing strategic MIL frameworks.

Amidst on-going MIL-related actions being implemented by local stakeholders in the region within the “Building Trust in Media in SEE and Turkey (BTIM)” EU-UNESCO funded project, a recent publication has strengthened the case for MIL policies and strategies.

Local stakeholders in these four targeted countries (Albania, Bosnia and Herzegovina, Serbia, and Turkey) as well as in Kosovo* have recently published a package featuring Background Documents and Position Papers on MIL Policies and Strategies**. With an aim to introduce MIL in public policy, these documents map the current MIL infrastructure in formal and non-formal education and include specific objectives and recommendations on how to achieve this goal.

These documents are the outcome of the series of multi-stakeholders’ consultations on MIL policies and strategies. Local stakeholders including a wide array of governmental and non-governmental actors, media organizations, and other civil society leaders led the consultation processes.

The background documents and position papers were widely circulated among stakeholders and will serve as bases for initiating formal debates in parliaments or related government entities about MIL policies and strategies in Albania, Bosnia and Herzegovina, Serbia, Turkey as well as in Kosovo*.

The Coalition of Media Users in SEE (CIMU SEE) has promoted these documents in its role to build synergies among MIL actors in the region. CIMU SEE was launched in connection with the BTIM project. Go to the CIMU SEE website to read more and sign up to become a member.

The EU-UNESCO funded project “Building Trust in Media in South East Europe and Turkey” project aims to strengthen freedom of expression, access to information, and free, independent, and pluralistic media, and media and information literacy to ensure that journalists and media organizations in South East Europe and Turkey are key drivers for democratic, sustainable and peaceful development in the region.

**The content of the documents is that of the local stakeholders involved; the ideas and opinions are not necessarily those of UNESCO and the European Commission and do not commit these organizations.