Less than half of countries have achieved gender parity in education 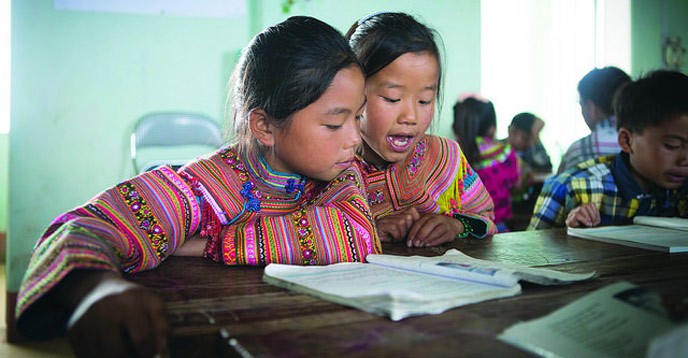 Paris, 12 October—A new Gender Report compiled by UNESCO’s EFA Global Monitoring Report (GMR) for International Day of the Girl Child, shows that fewer than half of countries – of which none in sub-Saharan Africa -  have achieved the goal of gender parity in both primary and secondary education, even though all were supposed to achieve it by 2005.

Irina Bokova, the Director-General of UNESCO said “Educating a girl educates a nation. It unleashes a ripple effect that changes the world unmistakably for the better. We have recently set ourselves a new ambitious agenda to achieve a sustainable future. Success in this endeavor is simply not possible without educated, empowered girls, young women and mothers.“

The Report, released jointly by the GMR and the United Nations Girls’ Education Initiative, shows that, although the goal has not been met by all, progress towards gender parity is one of the biggest education success stories since 2000.

The number of countries that have achieved the goal of gender parity in both primary and secondary education has risen from 36 to 62 since 2000. Although 62 million girls are still denied their basic right to education, the number of out-of-school girls has declined by 52 million in the last 15 years. Nonetheless, considerable challenges remain, with gender disparities widening at each cycle of the education system and the poorest girls remaining at a stark disadvantage.

PRIMARY: Girls continue to face the greatest challenges in accessing primary school. Almost half of out-of-school girls will never set foot in a classroom, equivalent to 15 million girls, compared with just over a third of boys who are out of school.

SECONDARY: Gender disparities in secondary education are closing, but remain high. In 2012, at least 19 countries had fewer than 90 girls for every 100 boys in school. The disparity was greatest in the Arab States and sub-Saharan Africa. In the Central African Republic and Chad in 2012, half as many girls as boys were in secondary school.

LITERACY: Gender gaps in youth literacy are narrowing. However, fewer than seven out of every ten young women in sub-Saharan Africa are expected to be literate by 2015. The lack of progress in literacy among adult women is stark: two-thirds of adults who lack basic literacy skills are women, a proportion unchanged since 2000. Half of adult women in South and West Asia and sub-Saharan Africa cannot read or write.

School-related gender based violence is one of the worst manifestations of gender discrimination and holds back education attainment. Likewise, child marriages remain a persistent barrier to girls’ education. In 2012, almost one in five women who married were aged 15 to 19.

The EFA GMR has produced an online interactive tool to show how wide gender gaps are in different contexts. It shows, for instance, that in sub-Saharan Africa, the poorest girls are almost nine times more likely never to have set foot in a classroom than the richest boys. In the Arab States, one fifth of the poorest girls have never been to school, compared to one tenth of the poorest boys. In Latin America and the Caribbean, boys are at a disadvantage: 55% of boys compared to 63% of girls in rural areas complete lower secondary education.

Aaron Benavot, Director of the EFA GMR said: “Lacking any other way of measuring gender equality, we have focused on getting equal numbers of boys and girls in school. But we will never achieve this unless we tackle the roots of imbalance: social barriers and entrenched discriminatory social norms.  Unless we begin to understand equality as a much broader concept, girls and young women will never be able to reap the full benefits of education.”

Recommendations from the Report

1. Education should be free. Really free.
2. Provide policies to address the problems that many boys face, as well as girls in accessing and completing  education
3. Alternative secondary education options should be provided for out-of-school adolescents.

1. Integrate gender issues into all aspects of policy and planning
2. A mix of legislative change, advocacy & community mobilization  is needed
3. Work together! Governments, international organizations and education providers should join up to tackle school-related gender based violence.
4. Governments should recruit, train and support teachers effectively to address gender inequality.