More than 170 ESD stakeholders, researchers, schoolteachers, NPO/NGO members, staff of local boards of education and other organizations from around the country participated in the meeting and celebrated the launch.

The creation of the JSESD marks a new phase in ESD activity in Japan, following up on the achievements of the UN Decade of ESD (DESD, 2005-2014).

ESD activity during the Decade

The 2014 Aichi-Nagoya Declaration on ESD extolled “the significant achievements made by the UN Decade of ESD…in putting ESD higher on national and international agendas, advancing policy, improving the conceptual understanding of ESD, and generating substantive good practice amongst a wide range of stakeholders”.

In Japan, the UNESCO Associated Schools (ASPnet) were strongly encouraged and supported by the Ministry of Education, Culture, Sports, Science and Technology, Japan (MEXT) and the Japanese National Commission for UNESCO (JNCU) to promote ESD across the country. As a result, there was a rapid increase in the number of Japanese ASPnet schools in Japan, from 19 in 2005 to more than 900 in 2014, the final year of the DESD. The schools, as well as citizen groups, businesses and others, carried out a variety of ESD activities dealing with environmental education, global citizenship education, education for disaster risk reduction and cultural heritage education.

A wide range of ESD activities were attempted during the DESD, with the aim of departing from the conventional learning style. However, the degree of improvement so far in education through ESD seems to be limited.

According to a survey in 2014 by the Public Relations Department of the Japanese Cabinet Office, the percentage of Japanese people who knew about ESD was no more than 2.7% for the entire nation. Moreover, most of the schoolteachers in Japan had not experienced "ESD", and a significant number of teachers did not even know the term. 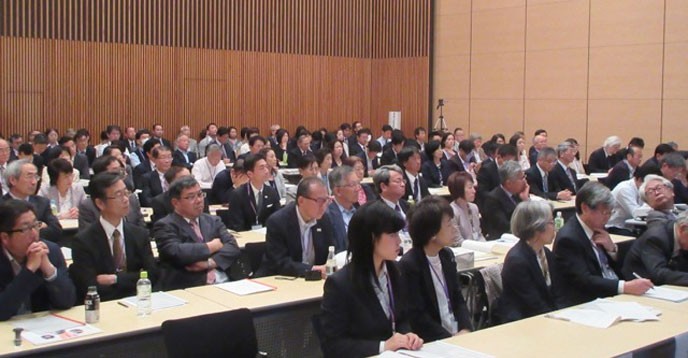 Needs for the next stage of ESD

Clearly, future practitioners of ESD need not only examples of good ESD practices but also knowledge of ESD theory, which is not abstract but practical.

As one schoolteacher noted, “Now we need an academic society where researchers discuss and investigate ESD with practitioners; otherwise, ESD will not be elevated to a higher stage from which we can foster practitioners who can contribute to ESD.”

This idea was expressed in the “Ways forward” section of “Shaping the Education of Tomorrow -- 2012 Report on the UN Decade of Education for Sustainable Development”: “Fostering studies to provide qualitative and quantitative data will strengthen the evidence base showing ESD can produce academic gains as well as boost people’s capacities to support sustainable development. As the evidence base expands, policies backing ESD will accelerate curriculum innovation and encourage wider adoption of the learning and processes highlighted in this report. As the research becomes available, governments and ESD stakeholders will have to step up efforts to better communicate the potential of ESD as quality education.”

The JSESD was developed to respond to these needs. UNESCO’s Global Action Programme on ESD (GAP) was launched in 2014 as a follow-up to the DESD. In addition, the United Nations adopted the 17 Sustainable Development Goals (SDGs) and 169 targets in 2015. Since a wide variety of complex problems are taken up in ESD, the cooperation of the ESD stakeholders, schoolteachers, citizens, government officers and researchers is essential. From now on, surveys, monitoring and research regarding ESD must be carried out as collaborative work among the stakeholders, and based on the exchange of information and experiences of ESD practitioners.

JSESD aims to advance this investigation and research in cooperation with ESD stakeholders, and to return the results to ESD practitioners. In the process, the quality of ESD will be upgraded from learning that is only knowledge-based to education that is based on values, problem-solving and critical thinking, in school as well as in other ESD contexts.

The results of research will improve the content of ESD and function for the promotion of ESD. In addition, collaboration and cooperation in international ESD research is expected to contribute to the achievement of relevant SDGs.