Violence against children is firmly entrenched in family and school life across the world, according to Janice Richardson, Senior Advisor at European Schoolnet. “If we can turn around the approach to violence and develop greater acceptance of diversity in schools, we are one step closer to providing for our children a more tolerant, less violent society,” she says.

Janice Richardson attends the International Symposium on School Violence and Bullying  in Seoul, Republic of Korea, from 17 to 19 January 2017. She shares her thoughts with Wide Angle.

Childhood is the most precious of moments in the life of a human being. It is during childhood that the mind and body are shaped, language and culture are assimilated, and values and attitudes ingrained. Children are the future of our planet, and the impact of violence on our future is far more devastating yet far less frequently evoked as an issue of concern than global warming, for example, or endangered species.

Violence is preventable, yet the United Nations in-depth study conducted in 2006 confirms that it exists “in every country of the world, cutting across culture, class, education, income and ethnic origin. In every region, in contradiction to human rights obligations and children’s developmental needs, violence against children is socially approved, and is frequently legal and State-authorized.” Although most of us take it for granted that children need to have their rights protected, it wasn’t until 1989 that the United Nations Convention on the Rights of the Child (UNCRC) became the first legally binding international convention to affirm human rights for all children. Article 19 of the charter states that all children have the right to be safe from “all forms of physical or mental violence, injury and abuse, neglect or negligent treatment, maltreatment or exploitation, including sexual abuse”. Other articles of the UNCRC protect a child’s rights to education (28) and to relax and play (31).

“Spare the rod and spoil the child”

Nevertheless, children’s right to grow up in a world free from violence is flouted across the world every day. The English adage “spare the rod and spoil the child” has its equivalent in many cultures, and is so firmly entrenched that many don’t even see corporal punishment as violence. One of the major difficulties in combatting the pandemic of violence is that it is firmly entrenched in family and school life. Bullying, sadly one of the common manifestations of violence between peers, is often considered “just part of growing up” by adults who somehow seem to rapidly forget the pain of similar incidents in their own lives. Violence in the school and at home are perpetuated by culture and tradition, and can take many different forms, from verbal to mental and from physical to sexual. Research shows that millions of children live in fear of physical, emotional and sexual violence. How can children who live under such a shadow develop their full potential as active citizens in today’s challenging world?

Statistics generally show that approximately one child in three suffers through bullying at some time in their lives. Interestingly, recent research highlights the fact that whilst the bullying has greater long term effects on the health of the victim, the negative effects on the perpetrator are far greater than for the victim when it comes to wealth and social status in their future life. Preventive and restorative anti-violence and bullying campaigns would need to take this into account if we are to ensure that every child is given equal opportunities in life.

Over the past few decades, awareness seems to have been creeping into society about the deep impact of violence and the importance of providing our children a violence-free environment where they can play and learn, and have their voice heard. To some extent this increased awareness coincides with the rise of internet and mobile technology. Certainly, technology has raised new challenges, turning bullying, for example, into the even more toxic cyberbullying. Technology can, through its power of dissemination and the inherent difficulties of curation, bring children face-to-face with violence in many new ways such as through harmful content and images and by following a child into the sanctuary of his or her home around the clock with taunting comments.

On the other hand, it has succeeded in shining the spotlight in some of the darkest corners of life, and empowered like-minded social advocates to strengthen their fight against violence, bullying and other social ills.  Lessons learned from the pioneers

Several names stand out for their work in this space in recent years. One of the pioneers in protecting children against all forms of violence including bullying is Marta Santos Pas, today Special Representative to the UN Secretary General on Violence Against Children. She was closely involved in the development of the UNCRC, and recently published a report on the great cost of violence to society today. She cites not only the direct costs incurred in treating the short and long term physical, psychological and behavioural impact of violence as well as the costs criminal justice and social welfare systems incur to monitor, prevent, protect and respond to violence against children, but also far more significant indirect costs because of the way violence can impede child development. Adults exposed to violence in childhood have lower levels of education, employment, earnings, fewer assets, and a much lesser chance of living a satisfying life.

Jacques Delors, former President of the European Commission and author of a UNESCO publication entitled Learning, a treasure within tackled the notion of violence in childhood in a rather unique way. He proposed that if school education is to fulfil its role in enabling all children to realise their full learning potential, then it should not only focus on their learning “to know” and “to do”, but also “to be” and “to live together”. These latter two “pillars” of his model rapidly made their way into schools in Europe, at a time when educators were grappling with finding new educational models as technology was pushing its way into the school agenda. It nurtured new, more participatory classroom practices that sought to replace punishment with constructive mediated discipline models, and to develop a deeper understanding of how unsocial or violent behavior impacts on the whole environment.

The model proposed by Delors promoted social inclusion by acknowledging the value of diversity, and fostered mutual respect and the right for every child to have his or her voice heard. This child-centred approach has progressively given rise to youth-led initiatives such as peer supporter schemes in which certain young people, often called school ambassadors, work with school staff to tackle bullying in and out of school.

Schools that have adopted the peer supporter model generally agree that not only does it encourage supportive behaviour between peers, it also results in an improved social climate within the classroom and the whole school. The recent EU-funded ENABLE project which piloted social-emotional skill development strategies coupled with peer support, shows that teachers benefit from the model too, as it gives them a deeper understanding of bullying and classroom violence by watching peer supporters at work, thereby avoiding their intervention except in the most severe cases.

Children involved in ENABLE felt much more confident about reporting incidents to peers because they know they could find equitable solutions without reaping the scorn of other children because of “telling tales” to the teacher. Reports from boys, always more reticent that girls about reporting, almost doubled. The UK charity organization, the Princess Diana Award, has developed a structured well-grounded model for setting up peer support in schools, and currently works in this way with more than 40,000 children per year from age 5 upwards.

Schools are a reflection of the community, and if we can turn around the approach to violence and develop greater acceptance of diversity in schools, we are one step closer to providing for our children a more tolerant, less violent society.

There is a role for each of us to play

A much more recent initiative that tackles violence in society as one of its 17 goals is the United Nations Sustainable Development (SDG) agenda, which sets its sights on transforming the world by 2030. SDG 3 aims to promote health and wellbeing for all citizens, and SDG 4 to ensure inclusive and equitable quality education and promote lifelong opportunities for all – neither goal can be achieved without finding a comprehensive solution to violence at school and in the community. SDG 16 spells out this aim even more clearly: Promote peaceful and inclusive societies for sustainable development, provide access to justice for all and build effective, accountable and inclusive institutions at all levels. If the goals are to be achieved within the next decade, there is a role for each of us to play in our own families and communities. Parents need to strive to create positive parent-child relationships in their families by developing non-violent discipline skills. We can also teach our children how to identify and deal with the warning signs of violence. We can all try just that little bit harder to engage with those who may be especially vulnerable, and promote greater awareness about the many support services that are available in our local community when all else fails. Every one of us needs to be aware of and challenge social norms around gender and power, because these lead to discrimination and inequality, which are at the core of school violence and bullying.

But most of all it is up to each of us to be a role model in our behaviour towards others. Violence begets violence, and bullying is generally considered to be learned behaviour. As Benjamin Franklin once said: “Children are great imitators, so why don’t we give them something great to imitate!” 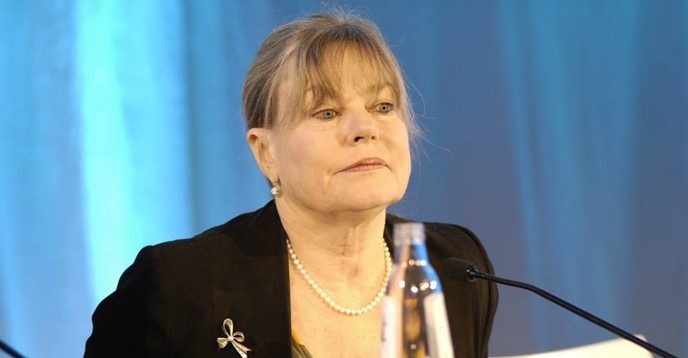 Janice Richardson is a French-Australian citizen who has worked extensively on 4 different continents. She is senior advisor and project coordinator in areas relating to literacy, the cyber wellbeing of children and young people and the protection of their rights.

Janice is also author of books and publications for children and adults, public speaker and project innovator. Creator of Safer Internet Day (in 2003), now celebrated annually by more than 50 million people in over 100 countries worldwide, she helped set up and coordinated the European Safer Internet network for a decade, until December 2014. In 2014-2016 she co-founded and led the EC-funded ENABLE initiative (European Network Against Bullying in Learning and Leisure Environments), striving to develop the social and emotional literacy of 11-14 year olds to eliminate bullying. She is currently consultant at Telefono Azzurro (Italy) and European Schoolnet (Belgium), a member of Facebook’s Safety Advisory Board, works as an expert for UNICEF, and is conducting missions for the Council of Europe in the MENA region. Her overriding goal: promote the wellbeing of children and young people in today’s blurred on- and offline environments.