Kazakhstan: Round Table on Journalism and Press Freedom in Turan University 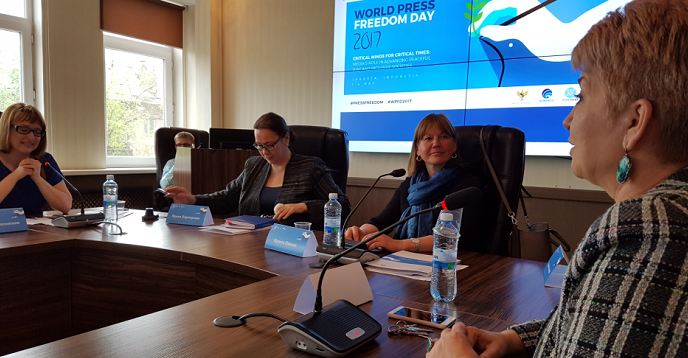 On 28 April Turan University in cooperation with UNESCO Almaty Cluster Office organized a round table and training on journalism and press freedom for students from Kyrgyzstan and Kazakhstan. The theme of the World Press Freedom Day 2017: Critical Minds for Critical Times. Media’s role in advancing peaceful, just and inclusive societies discussed during the meeting.

The organizers discussed the events and actions in the United Nations system related to the safety of journalists, issues of the Media and Information Literacy as the barrier for the hate speech, disinformation and polarization in the internet. The participants analyzed the role of the media in supporting sustainable development goals, fixing injustice, improving the effectiveness of public administration, gender equality in the media, as well as the culture of peace. 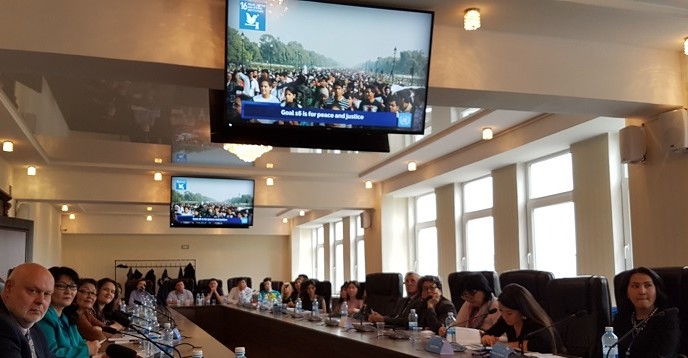 Minber Public Foundation presented a project on the development of community media in the Kyzylorda region. Internews Kazakhstan has shown the civil society efforts in the improvement of media legislation in Kazakhstan. UNESCO Office in Almaty provided information on the UNESCO Director-General Report on the Safety of Journalists and the Danger of Impunity. UN Department of Public Information in the Republic of Kazakhstan presented video material on the Sustainable Development Goals.

Director-General Report on the Safety of Journalists, Press Freedom on All Platforms
Kazakhstan, Kyrgyzstan