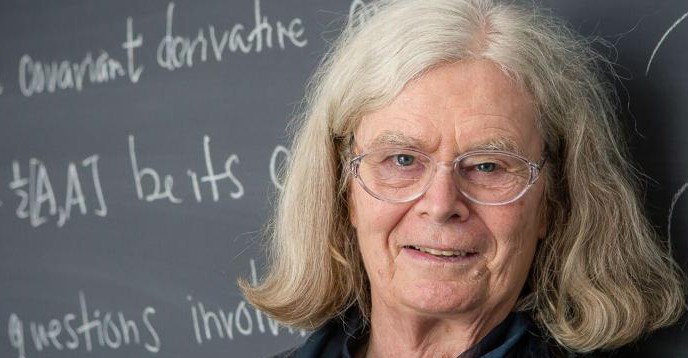 “A tremendous encouragement for women scientists”

UNESCO Director-General Audrey Azoulay has congratulated mathematician Karen Uhlenbeck (USA), the first woman to receive the Abel Prize from the Norwegian Academy of Science and Letters, for her fundamental work in geometric analysis and gauge theory that has radically changed the landscape of mathematics.

"Awarding this prestigious prize to Karen Uhlenbeck is a tremendous encouragement for women scientists. In the age of artificial intelligence and digital revolution, mathematics is a universal language and women must play their full part. Because diversity fosters innovation, we need brilliant minds, like Karen Uhlenbeck, in science, new technologies and innovation, to tackle the complex challenges of the 21st century," said the Director-General.

Today, only three of ten researchers in the world are women, as demonstrated by UNESCO Science Report, and only 3% of Nobel Prizes in the sciences have been awarded to female researchers.

Mathematics, a prestigious discipline that gives rise to innovation in many areas, is one of the scientific fields in which women are least well represented at the highest level. Since the creation of the three most prestigious international mathematics awards (Fields, Wolf and Abel), 142 laureates have been recognized, only two of them female: Maryam Mirzakhani, 2014 Fields Medal, and now Karen Uhlenbeck.

It is for these reasons that the L'Oréal-UNESCO Prize For Women in Science was extended this year to include mathematics and computer science. Thus, for the first time, two female mathematicians received the L’Oréal-UNESCO For Women in Science Prize this year, in a ceremony that took place at UNESCO on 14 March: Claire Voisin (Europe) for her outstanding work in algebraic geometry and Ingrid Daubechies (North America) for her innovative work on the theory of wavelets.

Science for a Sustainable Future, Investing in Science, Technology and Innovation, Science for Society