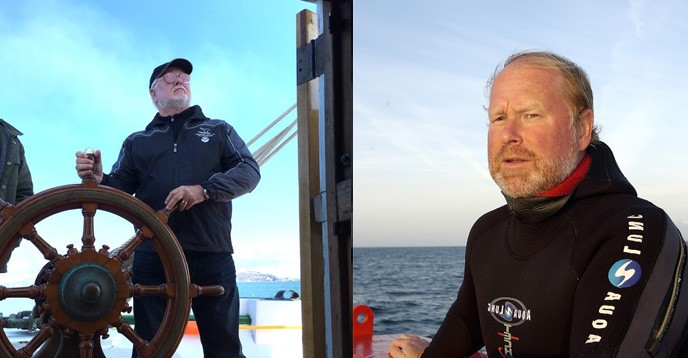 The largest museum in the world rests under the water, beneath the oceans, lakes and rivers of every nation and on the high seas.  From fossil evidence and early human settlements now drowned by rising seas after the ice age, to ancient cities and harbor, and millions of shipwrecks, this heritage speaks to who we are as humanity. "It is an essential evidence of humanity’s past not yet put at its rightful place in the public conscience", according to famous archeologists James Delgado (Canada/USA) and Michel L’Hour (France), who share their concerns with Wide Angle.

The protection of underwater cultural heritage sites against pillage and commercial exploitation is the theme of an international conference, which takes place on 22 and 23 September 2016 at UNESCO.

James Delgado is a veteran of over 100 shipwreck investigations around the world. His work has included RMS Titanic, USS Monitor, USS Arizona (BB-39), Sub Marine Explorer, the buried Gold Rush ships of San Francisco, and Kublai Khan's legendary lost fleet. Archaeology made a lasting impression on him already from age 10, when he became fascinated with a construction site near his home in the Santa Teresa foothills that revealed the remains of the Ohlone people who had lived in the region thousands of years before. Since then James Delgado has turned to the oceans and its heritage. He says underwater cultural heritage is an especially crucial part of humanity’s legacy and the next big discoveries of archaeology will most certainly be made under water.

Asked, why he values underwater cultural heritage so highly, Delgado says: “The submerged past offers insights into how we as a species interacted with the water to travel and spread across the globe, to harvest food from it, and to use it to defend ourselves, to trade, and how at times we have worshipped it as a manifestation of divine power.  We need to protect that legacy, and we need to learn from it, and to share what it has to teach us with the rest of the world.”

Michel L’Hour agrees with him, drawing attention to the need to better protect underwater cultural heritage sites: "Remains of sunken cargoes, Paleolithic caves flooded or submerged ancient cities, Roman amphorae oil, Chinese porcelain and artistic projections of forgotten cults, small Melanesian canoes or proud warships.... they all are countless silent witnesses to the history of mankind, which now rest under the seas of our planet. Gradually recorded in the abyss over the centuries, these sunken pages of our past are today endangered everywhere. Frail, faithful and irreplaceable witnesses of millennia of human adventure, this heritage requires to be protected, analyzed, studied and valued. Threatened by the repeated assaults of human activity, neglected and abandoned to pillage, worn by the passage of trawlers or negligently engaged in a ruthless commercial exploitation, this cultural heritage cannot indefinitely resist. It is our responsibility, individually and collectively, to ensure its preservation.”

Michel L’Hour, who has been called the archaeologist with palms at his feet, certainly knows what he is talking about. He has excavated important sites as a Chinese junk found off Brunei, a treasure trove of Chinese ceramics and Vietnamese and Thai fifteenth century stoneware jars making it the largest archaeological underwater excavation of the world. He then led the extraordinary search for the frigates La Boussole and L'Astrolabe of the explorer La Perouse, who had been charged by Louis XVI to explore the Pacific, and who was lost on the island of Vanikoro in 1788. Not to mention L’Hour’s dives in the Philippines, Gabon and Pakistan. "I celebrated my 10.000th hour spent under water in 2013, equivalent to 416 days of diving continuously”. L’Hour jokes that in his veins circulates salt water and journalists have called him the "The Indiana Jones in a diving suit".

Both archaeologists, James Delgado and Michel L’Hour, agree in one point especially, underwater cultural heritage needs more recognition and more protection. It is an essential evidence of humanity’s past not yet put at its rightful place in the public conscience. 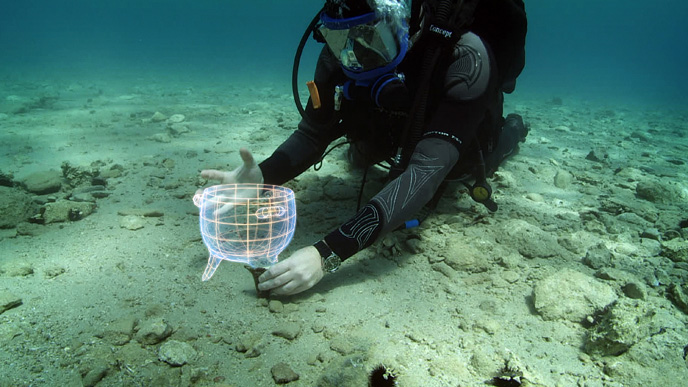 A major part of human civilization developed on areas, which are now under the sea due to raising water levels. For over 90% of the existence of humankind, the sea was about 40-130 meters lower than the level of today. A substantial amount of prehistoric and historic evidence of the life of our ancestors is thus now submerged and provide an extremely important source of information about the first human civilizations, human origins, and also about climate change and its impact.  A large part of the pages of our history have not yet been opened, while the book in which they are contained is in danger to be destroyed.

L’Hour underlines, how crucial the work of UNESCO is in this regard: “The UNESCO 2001 Convention on the Protection of Underwater Cultural Heritage has the important purpose to support the protection of the underwater cultural heritage. It should be ratified by all States and implemented fully in all waters, as it carries an ambition and creates a legal framework which everyone should support. To do nothing to value and support our underwater cultural heritage would be to admit that our history is indifferent to us. Today everyone can see that societies who disregard the lessons of the past have everything to fear from the future. Let us be aware. Our sunken heritage is the legacy that the civilizations of the past convey to our future. To protect it is one of the most essential tasks and is our responsibility to assume. In fact, we cannot avoid to assume this responsibility, as we accountable to future generations.”

The UNESCO Convention on the Protection of the Underwater Cultural Heritage was adopted in 2001 to combat the extensive pillage, commercial exploitation and illicit or unethical traffic of underwater cultural heritage. It is a comprehensive treaty, which fully addresses these issues in all waters. It considerably increases the legal protection of sites and prohibits the illicit and unethical recovery and traffic of artefacts. The Convention is thus very relevant at a time when the pillage and commercial exploitation of underwater cultural heritage, as well the industrialization of the seabed, constitute major issues that have not yet found an appropriate answer in most regions of the world.

The Convention also responds to the need for scientific guidance and the facilitation of State cooperation. Underwater archaeology is yet a developing discipline. 72 % of earth is covered by oceans and the absolute majority of the seabed has not yet been researched for heritage. Research capacities are still lacking and awareness of the immense heritage lying on the bed of the oceans, rivers and lakes is yet low. Only through a close exchange of knowledge and training can this situation be improved and the important underwater cultural heritage can be brought to benefit the public.