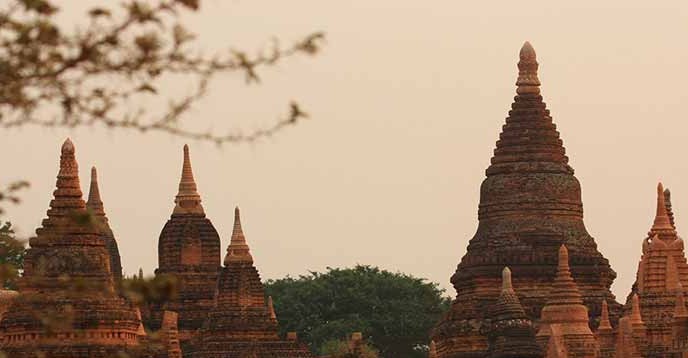 In just a few years, Myanmar has seen the inscription of its first World Heritage site, increased public and political awareness about heritage protection, as well as citizens learning the skills necessary to make cultural safeguarding a long-term reality in their country. These remarkable accomplishments in such a short period of time were made possible in large part by members of the international community who recognize the enormity of the tasks ahead in sustainably safeguarding Myanmar’s heritage and are committed to working with UNESCO and national authorities to address them.

Italy has been a dedicated partner in these efforts since 2012 when the country began funding the “Capacity Building to Safeguard Cultural Heritage in Myanmar”. This support has allowed UNESCO to bring in international experts from specialist agencies, such as ICCROM and the Lerici Foundation, to assist Myanmar in protecting important its important heritage sites, particularly the ancient Pyu settlements and the Bagan archaeological landscape.

These international experts worked with professionals in the Ministry of Culture and related agencies to develop skills in mural painting and monument conservation; archaeological assessment; site management; usage of Geographic Information Systems (GIS); and community-awareness raising.

Those efforts paid off last year when Pyu Ancient Cities became the first site in Myanmar to be inscribed to the UNESCO World Heritage List.

That milestone provided a foundation upon which Myanmar authorities can now build and a model that can be applied at other potential sites of outstanding universal value. Most recently, the government of Myanmar has made it a priority to nominate the Bagan Archaeological Area as its second cultural World Heritage site.

Preparing a nomination dossier for Bagan, as well as boosting skills in site management and conservation at Pyu Ancient Cities are the main areas of focus of the second phase of the project, which is currently underway.

Italian funding for the second phase of the project has enabled conservation laboratories to be set up in Sri Ksetra (one of the Pyu cities that inscribed on the World Heritage list); increased the effectiveness of international experts in their advisory roles; and expanded capacity-building activities to respond to critical contemporary needs, such as disaster risk preparedness, hydrology mapping and emergency conservation.

The project’s successes thus far have also helped bring about an overall atmosphere of improved political and institutional support for cultural heritage in Myanmar, which is critical to its progress towards international standards in cultural heritage conservation.

Many donor countries have answered UNESCO’s call to cooperate in efforts to promote the safeguarding of Myanmar’s cultural heritage. The Royal Norwegian Government, for example, has been funding projects to enhance the conservation of Myanmar’s natural heritage properties as well as the safeguarding of its Intangible Cultural Heritage through UNESCO capacity-building strategies. Switzerland and Japan, through their Funds-in-Trust with UNESCO, have also been contributing funding and expertise to help Myanmar achieve the World Heritage List nomination as well as devising heritage management schemes.