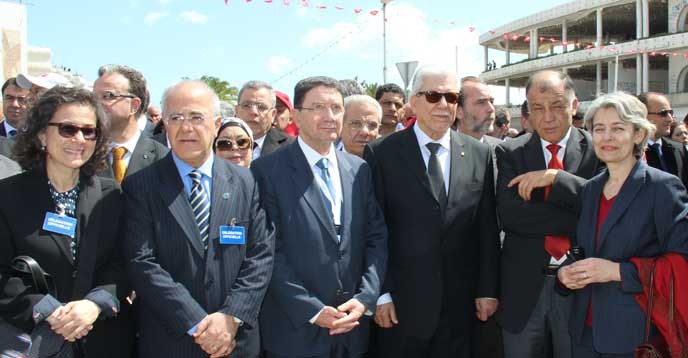 UNESCO Director-General Irina Bokova joined several world leaders in the March against Terrorism in Tunis on Sunday 29 March, to mark the Organization’s solidarity with the Tunisian people and authorities in the wake of the Bardo Museum attack 11 days before.

In discussions with the Tunisian ministers for Foreign Affairs, Education, Higher Education and Research, Culture, and Women, the Director-General affirmed UNESCO’s support for the country’s remarkable efforts to build democracy on stable and sustainable foundations. She said that the soul of Tunisia, its identity and culture, would always win over violence.

“UNESCO stands firmly beside Tunisia, in strengthening a democratic process that is an example to follow for many. More than ever, we will work with the Tunisian people in supporting education, culture, and journalists, to strengthen the roots of the principles of democracy, freedom of thought, justice, and human rights,” said Ms Bokova in a letter addressed to the President of Tunisia.