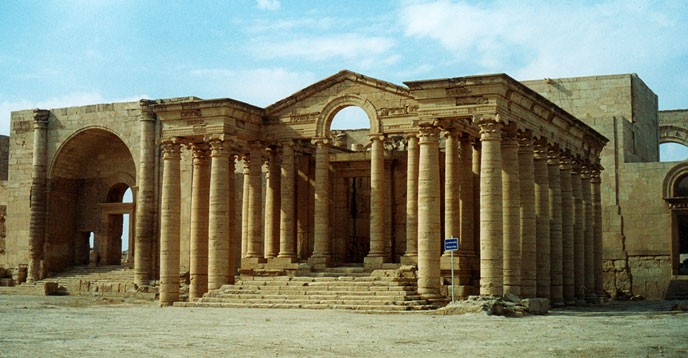 Bonn (Germany), 1 July—The World Heritage site of Hatra in Iraq has been inscribed on the List of World Heritage in Danger due to damage inflicted to the property by armed groups.

During debates today, many World Heritage Committee members voiced concern about the state of Iraqi heritage following acts of intentional destruction. They also declared their willingness to help Iraq as soon as the situation on the ground will allow them to do so. The Committee stressed that the danger listing of Hatra was a way to rally the support of the international community for the country’s heritage.

A large fortified city which grew under the influence of the Parthian Empire and capital of the first Arab Kingdom, Hatra withstood Roman invasions in 116 and 198 A.D. thanks to its high, thick walls which are reinforced by towers. Inscribed on the World Heritage List in 1985, the remains of the city, especially the temples where Hellenistic and Roman architecture blend with Eastern decorative features, attest to the greatness of its civilization.

The 39th session of the World Heritage Committee started on 28 June and will continue till 8 July under the chair of Maria Böhmer, Minister of State at the German Federal Foreign Office and member of the Bundestag.

Live broadcast of the Committee’s work: