On 6 February 2020, the Sudanese National Telecommunications and Post Regulatory Authority (TPRA) and UNESCO jointly organized the launch of an Internet Universality Indicators (IUI) self-assessment in Sudan, as funded by SIDA,.

“These indicators could help all stakeholders to assess achievements and gaps of Internet development and policies in Sudan, via an inclusive multi-stakeholder approach, and eventually achieve evidence-based policy reform,” said the Assistant Director-General for Communication and Information, Mr Moez Chakchouk.

“We are in a new era for Sudan,” said the General Director of the TPRA, Mr Assadiq Jemaladdin. He also announced as a way forward the establishment of a multi-stakeholder advisory board to oversee the IUI assessment process.

Mr Chakchouk pointed out that it is the first time that UNESCO’s media Development indicators(MDIs) and the Internet Universality Indicators (IUIs) are being assessed in parallel in a country. The IUIs assessment of Internet policies and online dimensions will well contribute to informing the ongoing media reform in Sudan based on MDIs.

Topics discussed ranged from the role of Internet for e-learning and OER, to the accessibility needs for humanitarian workers; from the priority of increasing awareness of citizens on the right to information, to the protection of national security while respecting international standards.

The representative of the Internet Society Sudan Chapter said that as civil society they are “very keen to work in Sudan on the basis of the IUI”. A young developer expressed the wish that through this kind of exercise Sudan can “take part in the global discussion on Artificial Intelligence.”

In the Q&A session, Mr Chakchouk stressed the importance of Internet openness, as well as of a truly multi-stakeholder approach inclusive of the private sector and the civil society.

The Head of the UNESCO Office in Khartoum, Mr Pavel Kroupkine, also highlighted the importance of measures fostering the increase the local development and diversity of online content from and on Sudan.

In preparation of the Launch Workshop, the lead group of the assessment organized the technical seminar, which took place on 4 February 2020 in TPPA, involving over 20 key experts from the government, academia and the private sector.

The IUI assessment, in a country with 10% Internet penetration and the youth population over 60%, is part of the upscale of action in the field of Communication and Information being undertaken in transitional Sudan by the UNESCO Office in Khartoum.

Currently Sudan is in the first semester of a 39-month transitional period initiated on August 2019, following months of street protests against authoritarian rule, including media and internet censorship. 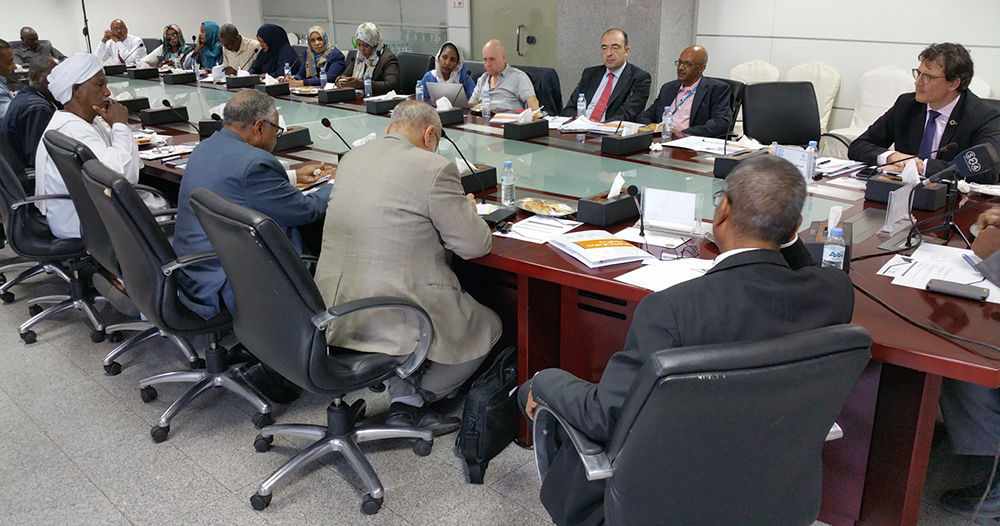 The Internet Universality ROAM-X Indicators framework is a set of 303 indicators that aims to assess how well national stakeholders including governments, companies and civil society perform in adhering to the ROAM standards of Rights, Openness, Accessiblity, Multistakeholder participation.

Developed over a three-year process of global and inclusive consultations with stakeholders, it was endorsed for voluntary implementation in November 2018 by the 31st Council of the International Programme for the Development of Communication (IPDC). Since then, UNESCO has been working with stakeholders and encouraging more countries to implement national assessments of Internet development using the Indicators.