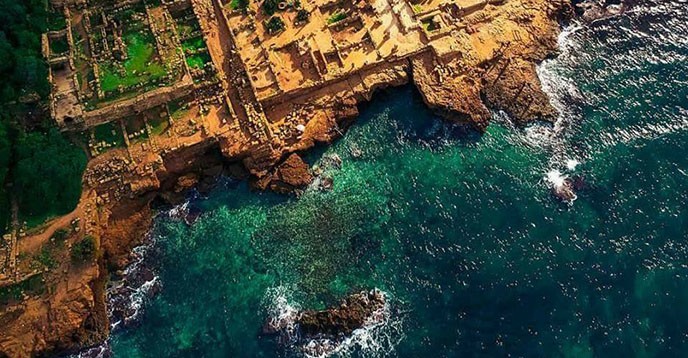 The Scientific and Technical Advisory Body of the UNESCO Convention on the Protection of the Underwater Cultural Heritage (2001) met on 28 October 2019 in an extraordinary meeting in Algiers at the invitation of the Algerian Government.

Toufik Hamoum, Chairperson of the Advisory Body and leading underwater archaeologist in Algeria said "it was important to convene the Advisory Body here in Algeria, given that we have extensive submerged heritage, including the shipwrecks in the Bay of Algiers. We aim to apply the highest international standards and the Best Practices of the 2001 Convention in our research and exhibition initiatives. International cooperation is crucial for this scientific work."

A main focus of the discussions was the promotion of best practices in access to and safeguarding of underwater cultural heritage, and the involvement of non-Governmental Organizations (NGOs). In this regard, the Advisory Body decided to launch the preparation of guidelines that will enable a scientific assessment of best practice dossiers submitted by States Parties, as well as accreditation requests by NGOs.  The need for increased awareness about underwater cultural heritage and the importance of protecting it was also considered essential, particularly among the general public, as this heritage is subject to threats such as tourism, pillage, the fishing industry, or climate change, among others.

Lazare Eloundou Assomo, Secretary of the 2001 Convention, underlined that “the Advisory Body gives particular support to the implementation of the Convention and on the decisions of the States Parties. Its important contributions include analyses and recommendations of the best practice examples, accreditation of NGOs as partners, and undertaking expert missions at the request of States Parties. This meeting in Algiers reflects the increasing role of the Advisory Body in working closely with States Parties on their priorities for the Convention.”

Sixty-two States have ratified the 2001 Convention and the Advisory Body, consisting of 14 experts representing their States, is an organ of the Convention that offers to the Meeting of States Parties technical advice for the protection of underwater cultural heritage.

Protecting Our Heritage and Fostering Creativity