COVID-19 has had a strong impact in Mexico. UNESCO’s office in Mexico City has been engaging with indigenous peoples to support targeted actions to respond to the crisis and their particular needs.

Indigenous Peoples in Mexico face particular vulnerabilities in the context of COVID-19, and the UNESCO Office in Mexico has carried out actions to address this in the framework of the COVID-19 response and recovery. UNESCO in Mexico has been invited to lead pillar 5: "Social cohesion and community resilience", of the socio-economic response to COVID-19 from the United Nations System in Mexico, with special attention to the peoples indigenous, youth and women. The COVID-19 pandemic is having drastic social and economic consequences for indigenous peoples and for everyone on the path to achieve the Sustainable Development Goals (SDGs).

According to the 2015 Inter-census survey, the indigenous population accounts for 12 250 947 people and constitutes 10.1% of the total national population. Historically, this population group has lived in conditions of social and economic precarity, indicated by the fact that 69.5% of the indigenous population (8.4 million people) lives in poverty situation and 27.9% in extreme poverty (3.4 million people) as stated by the National Council for the Evaluation of Social Development Policy.

Official data from the National Institute of Indigenous Peoples (INPI) to 27 July 2020, reported 4,140 positive cases of COVID-19, and 719 casualties among indigenous language speakers. Meanwhile, the pandemic is continuing to evolve in the Mexican territory. The momentum of the pandemic and the prior inequalities already faced by indigenous people in Mexico, are not favorable for the well-being of indigenous peoples in the face of the pandemic.

With school closures, some indigenous students do not receive breakfast and lunch that was included in the Full Time Schools programme, which covers a high percentage of indigenous education schools. This greatly affects their development and nutrition. In addition, in indigenous communities there is less coverage and accessibility to the internet and to an open television signal, and when combined with a lack of equipment such as computers, tablets and mobile phones, there is evidently a major challenge with regards to distance learning. The Ministry of Public Education is trying to address this with its "Learning at Home" programme. Regarding the return to the classrooms, there is the challenge of securing sufficient water services in indigenous schools that allow sanitary hygiene measures to avoid the spreading of the virus.

To understand these challenges, the UNESCO Office in Mexico organized a series of webinars called “Education in Emergencies: Towards the reopening of schools that are more resistant, safe and protective against COVID-19” that seeks to address the way in which school communities can prepare for a better return to school, including schools in indigenous communities.

The pandemic will most likely accelerate the process of language loss. The 68 indigenous languages and 364 variants that are spoken in the country are under serious threat of disappearance and, in fact, the last speakers of those languages are in the most vulnerable population range for COVID-19.

In this context, the Ministry of Culture, the National Institute of Indigenous Languages (INALI), the Institute of Culture in Houston, with the support of the UNESCO Office in Mexico, are working on different initiatives that promote and preserve linguistic heritage, including a compilation of "untranslatable" words in indigenous languages whose meaning is difficult to express in Spanish. The compilation was done through a public call that invites participants to send between one and a maximum of three words "untranslatable" in the national indigenous language, with the explanatory text of the "untranslatable" word and its cultural relevance.

The current health crisis is having enormous consequences for the culture sector, one of the most important economic activities of indigenous peoples as it has almost completely interrupted their sources of income. The production and sale of handicrafts, which represents more than a third of the sector's jobs is practically paralyzed. Likewise, being independent, part-time and contract workers or services, the bulk of the cultural sector workforce has virtually no access to social protection and public health mechanisms.

In addition, some elements of traditional lifestyles, which are a source of resilience, must be temporarily suspended to prevent the spread of the virus. For example, most indigenous peoples periodically organize large traditional gatherings in their communities to commemorate special events such as harvests, coming-of-age ceremonies, local saint festivities, etc. In this sense, the UNESCO Office in Mexico, in collaboration with Interactividad Cultural y Desarrollo A.C., carried out a set of virtual forums to learn about the role of culture amidst confinement and crisis due to the COVID-19 pandemic. On June 15, 2020, the Virtual Intangible Cultural Heritage Forum was organized in which the challenges were discussed that communities and groups will face in expressing and safeguarding their intangible heritage after the COVID-19 emergency.

The virus has spread throughout the Mexican territory and it is important to consider that this can be a serious threat to World Heritage sites and regions where the cultural expressions of Mexico and its communities are inscribed. A large part of these expressions,  practiced through holders in indigenous communities, which is where the richness and cultural diversity of heritage, language, customs and traditional knowledge are found, may be diminished with the current context of the health emergency in Mexico and the world.

The UNESCO Mexico Office conducts studies showing the incidence of COVID-19 cases in municipalities belonging to the sites and cultural expressions of Mexico, inscribed on the World Heritage List and on the UNESCO List of Intangible Cultural Heritage, respectively. The numbers are updated every week.

Indigenous peoples face difficulties of access to the Internet, as well as scarce or insufficient telecommunications services (telephony, radio, television), making it difficult for them to access information. According to data from the Federal Government Social Coverage Program (2019), 1 percent of the urban population (0.96 million people) lacks mobile data coverage, while approximately 44 percent of people in rural locations (many of indigenous women) do not have it (11.38 million people). Likewise, some 5,200 localities in which there is an indigenous population (at least 40%) are outside coverage areas of fixed and mobile broadband telecommunications networks (about 3 million people) as stated by the Ministry of Communications and Transportation.

Likewise, in collaboration with INPI, the UNESCO collaborated in a Spanish-Chinantec publication on the rights of indigenous and Afro-Mexican girls and boys during COVID-19 with the aim of providing information to indigenous children about their rights in the context of the health emergency. 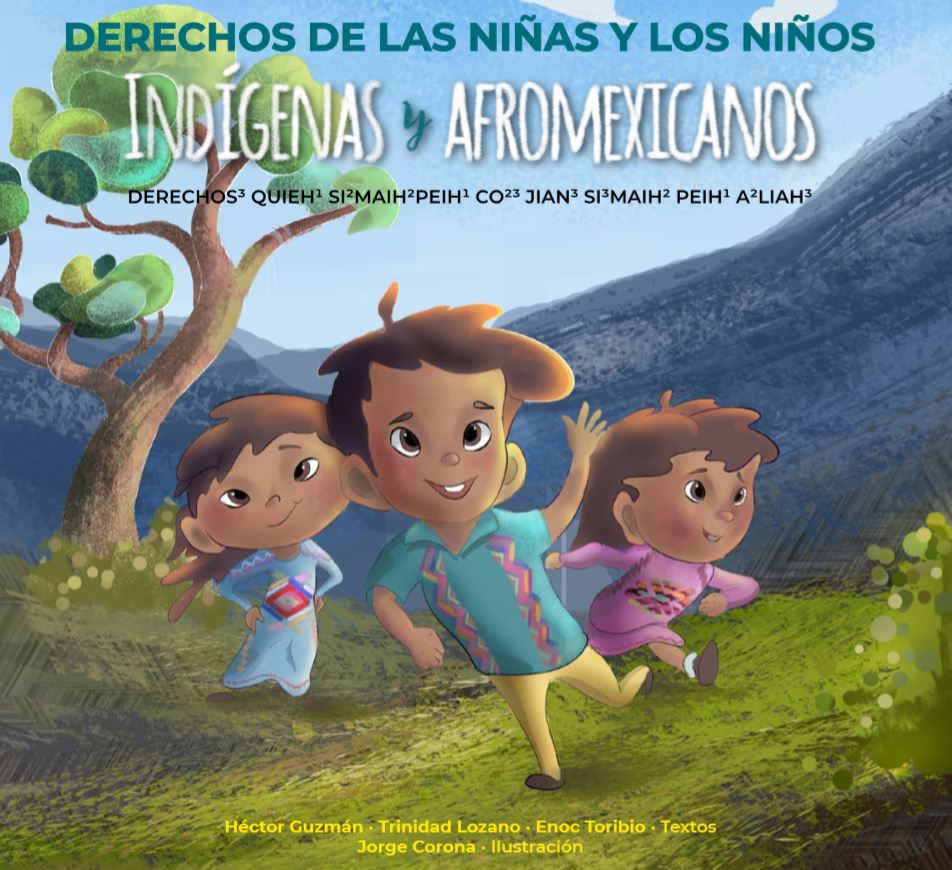 In the same way, the media have been encouraged to produce non-discriminatory and culturally appropriate messages about COVID-19, and a communication strategy against COVID-19 was articulated with the Radio System of the National Institute of Indigenous Peoples ( 22 stations in 17 states, in 31 indigenous languages) in which FAO, UNICEF, CONAPRED, INALI and the Ministry of Health also participate.

In collaboration with UN Women Mexico and the Mexican Radio Institute (IMER), the UNESCO Office in Mexico participates in a radio campaign in indigenous languages to make visible the impacts that the pandemic has on indigenous women and girls.

According to official numbers from the National Council for Evaluation of Development Policy (CONEVAL), 21% of those who speak an indigenous language in rural areas do not have access to water. This is important since the preventive measures against the emergency of COVID-19 have started with campaigns in which people are asked to stay home and improve hygiene conditions by washing their hands regularly to avoid the transmission. However, these measures are hardly feasible in indigenous settings where the household tends to have limited access to basic services, such as access to water itself.

UNESCO supports the National Water Commission (CONAGUA) since the beginning of the pandemic in the translation and dissemination of its actions in indigenous and Afro-Mexican territories, in order to support community drinking water systems in the face of contingency. 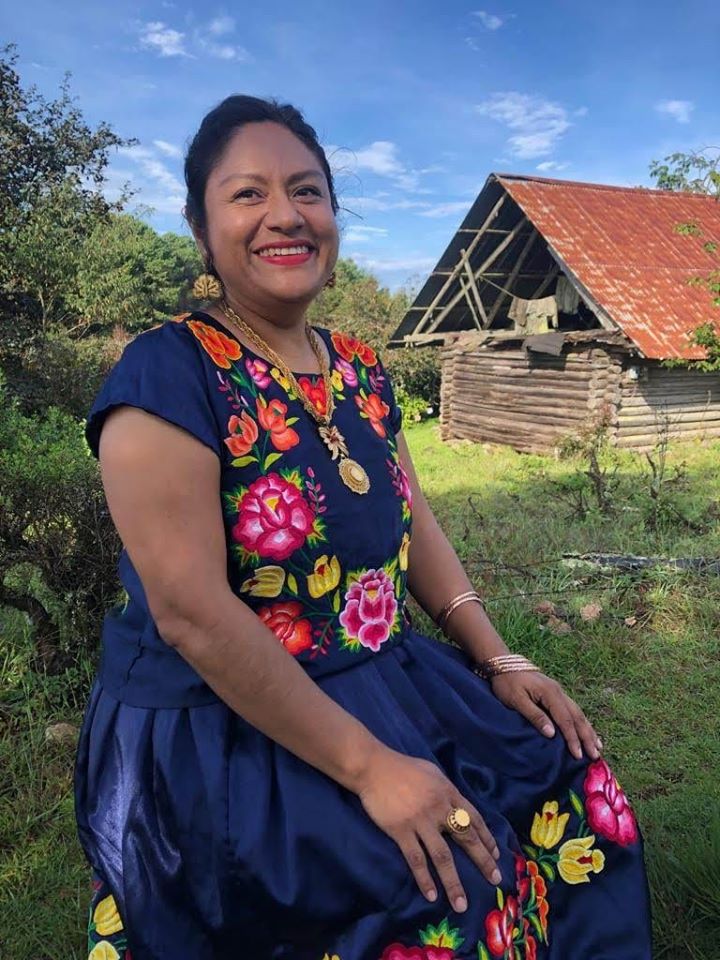 Likewise, indigenous peoples are on the frontline of the effects of climate change, in addition to being particularly vulnerable to environmental degradation and the loss of biological diversity, given that they share an important socio-cultural relationship with the natural environment. As part of the celebration of the International Day for Biological Diversity on May 22, the UNESCO Office in Mexico organized the digital seminar "COVID-19 and its link with biodiversity, illegal wildlife trafficking and bioculturality”, in collaboration with the United Nations Environment Program (UNEP), the United Nations Office on Drugs and Crime (UNODC) and the National Commission for Natural Protected Areas (CONANP). As the pandemic is a direct consequence of anthropomorphic activities, this virtual dialogue aimed to point out the need to recognize, value and reflect on the relationship “human being and nature” and the interdependence between biological diversity and cultural diversity, and bioculturality. The traditional knowledge of indigenous peoples, related to their environments, are important tools for the conservation and sustainable use of the ecosystems and biodiversity of the earth.

UNESCO recorded an audio interview with Irma Pineda, Zapotec woman and member of the Permanent Forum to the United Nations on Indigenous Issues, which was published on the official website of Headquarters and in the UNESCO Courier, and which encourages better conservation of natural resources.

COVID 19 has been perceived in different ways [by indigenous communities in the Oaxacan Isthmus]. In one hand, it is perceived as something unknown that some people do not know what it is about even if they know it is a disease that is affecting everybody […] On the other, it is perceived as a disease that has to do with our own neglect as humanity, with the fact that we have not taken good care of nature, and have not been respectful to our Mother Earth, to our natural environment. In this sense, there is the idea that we, indigenous peoples, are ourselves one with Mother Earth, that we are one with everything that surrounds us, with nature, with the environment, and that, to the extent that we have neglected it, we have hurt ourselves as people, as humanity, and that in a certain way the disease is the response of the Earth to remind us that we have to take care of each other…

Finally, it is important to remember that indigenous peoples have an enormous historical baggage of traditional knowledge, derived from their cosmovisions and ancestral practices, including their own health systems. The UNESCO Office in Mexico collaborated with the Center for Indigenous Arts (CAI) of the Totonaca region to understand this people’s perception on the pandemic. They have also contacted indigenous peoples of the Mixtec region to share insights on how they have traditionally battled various diseases over the years, through traditional and scientific medicine.

Video: Mr. Guadalupe Simbrón García from the Gildardo Muñoz community and member of the Center for Indigenous Arts of the Totonaca indigenous peoples in Papantla, Veracruz

It is important to ensure the inclusion of the visions and needs of indigenous peoples in programs and relief efforts to respond to the COVID-19 pandemic, through their participation and consultation. Within this framework, the UNESCO Office in Mexico actively participated in the organization of the edition on indigenous peoples of the UNESCO “Inclusion in times of COVID-19” webinar cycle. Speakers from Mexico, Canada and Sweden participated in these exercises, as well as the United Nations Special Rapporteur on the Rights of Indigenous Peoples, Mr. Francisco Calí Tzay, in an exchange of experiences regarding the inclusion of indigenous peoples in the response of COVID-19.

Finally, UNESCO, in collaboration with the UN Women Office in Mexico, issued an information note about indigenous women in the context of the pandemic addressed to government entities, employers, and other institutions. Indigenous women, who perform essential functions in the indigenous home, both in caring for their families and in obtaining income through various economic activities, are particularly affected by the contingency due to the pandemic and are also exposed at increasing levels of violence and harassment, including domestic violence.