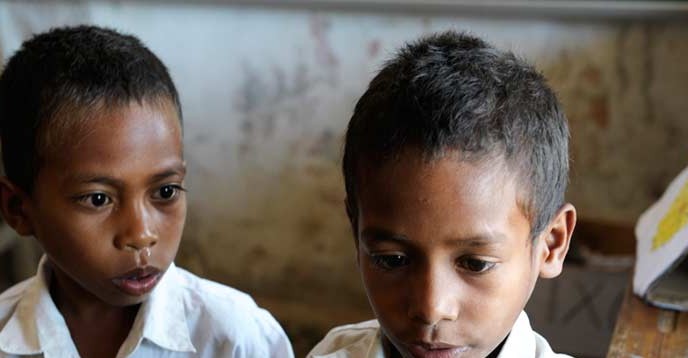 The 37th session of the General Conference will feature a new edition of the Leaders’ Forum on 6 November 2013. This forward-looking policy dialogue involves Heads of State and/or Government as well as representatives of Member States at ministerial level to address issues of strategic, global and interdisciplinary interest with a view to providing general orientations for the future work of the broader UNESCO community.

This edition of the Leaders’ Forum is organized on the theme “UNESCO mobilizing for and contributing to the post-2015 agenda through education, the sciences, culture and communication and information”. It will be of particular importance at a time when the United Nations family has launched an unprecedented broad debate at national, regional and global levels to set humanity on the path of a sustainable, equitable and peaceful future.

The purpose is to formulate a global development agenda which will, from 2015 on, provide governments, civil society, the private sector and other stakeholders with a framework for action based on a shared vision of lasting peace and sustainable development.

This effort will build on the 2000 Millennium Declaration, through which the United Nations had pledged to craft a different, more just and prosperous world, without poverty or violence and where all people live in dignity. The vision took shape in the Millennium Development Goals (MDGs) with its time-bound and measurable goals and targets. This agenda contributed to lifting millions of people out of extreme poverty, bringing millions of boys and girls into the classroom, improving women’s lives and fostering access to food, health, and sanitation for millions of individuals in the poorest places of the planet.

There has been remarkable progress – but it has been uneven and the world situation in 2013 is not the same as in 2000. The post-2015 agenda will need to address challenges pertaining to population and urbanization, environmental degradation, climate change, post-conflict and post-disaster situations, increasing inequalities and persisting poverty. The new development agenda must both achieve what began in 2000 and spur transformative change.

An organization dedicated to building the defences of peace in the minds of people and to facilitating the free exchange of ideas, UNESCO has a special responsibility to contribute to the global agenda by stressing the central role played by the intellectual, scientific and cultural fabric of societies in development processes.

To translate these principles into key messages, the UNESCO Leaders’ Forum offers a unique opportunity for decision-makers from all continents to dialogue and exchange view in an active and dynamic manner. The contributions of Heads of State and/or Government and ministers to the reflection of UNESCO will be disseminated, during the Conference, by arranging dedicated live or taped television programmes with international radio, television and online stations and services.

The Heads of State or Government who will be present at the Leaders’ Forum are the following:

There will also be special addresses during the Forum by:

The sessions of the Leaders’ Forum will be moderated by H.E. Mr Shashi Tharoor, Minister of State for Human Resource Development of India and Mr Stephen Cole, Senior Presenter Al Jazeera English, Doha and London.