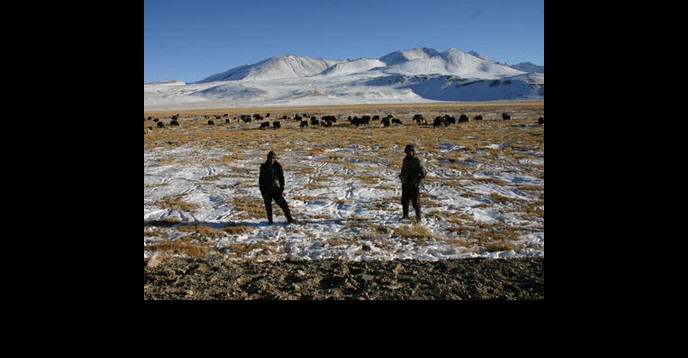 The recently launched project “3rd Pamir’s High Elevation International Geophysical Expedition” (HEIGE) aims to assess impacts of natural variability and modern human activity on the mountainous region Pamir, an important water supplier for Central Asia. UNESCO’s International Hydrological Programme (IHP) and the International Geoscience Programme (IGCP), along with other partners, are working together on this project to evaluate the future of Pamir’s climate and water resources in a changing climate.


The Pamir region is part of the Central Asian mountain range, known as “Roof of the World”, is the most important source of glacier fed water in Asia. In order to ensure a sustainable future for Pamir and the greater region, UNESCO’s International Hydrological Programme (IHP) and the International Geoscience Programme (IGCP) have joined forces in support of the collaborative research project “3rd Pamir’s High Elevation International Geophysical Expedition” (HEIGE). This project will advance evaluation of the past, present, and future climate and water resources in the Pamir region by assessing impacts of natural variability and modern human activity.

The HEIGE project is led by an international group of recognized scientific experts in glaciology and climate change research from academic institutions in the United States, Germany, Japan, and France.

The project plans to collect glacier ice deposits in the central and eastern Pamir Mountains, mainly in the territory of Tajikistan, including the Fedchencko Glacier. The aim is to estimate the possibility of abrupt climate and water resource changes via major climate drivers such as changes in solar activity, greenhouse gases, atmospheric circulation, atmospheric aerosols, water/nitrogen cycles, and sea surface temperature.

The results of the project will be critical for the development of climate change adaptation and mitigation practices that will help sustainable socio-economic development of Central Asia in a changing climate.

On 27 and 28 April 2015, UNESCO hosted the Working Group Meeting of the HEIGE project at its headquarters in Paris. By hosting this meeting, UNESCO helped create a platform of dialogue between the different stakeholders, concerning scientific experts in glaciology and climate change research as well as several other partners, to ensure that the results of the project will be translated into concrete plans of action. The HEIGE project already played an important role in developing linkages between IHP and IGCP, as well as between existing activities in the Central Asian region.