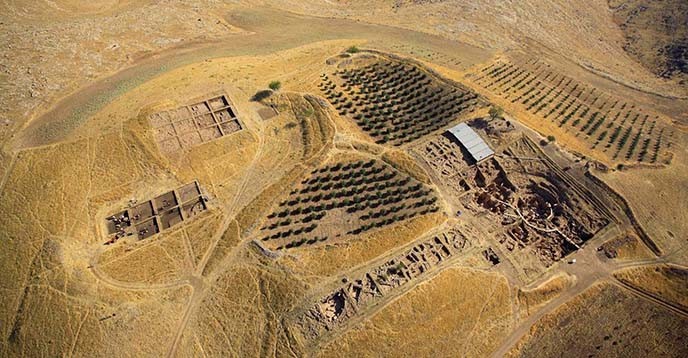 The World Heritage Committee, meeting in Manama since 24 June under the chair of Shaikha Haya Bint Rashed al-Khalifa of Bahrain, inscribed two cultural sites in Germany and Turkey as well as two mixed (i.e. both cultural and natural) sites in Canada and Colombia, on the World Heritage List this afternoon. The inscription of sites will continue on 2 July.

The new World Heritage sites, in order of inscription, are:

Göbekli Tepe (Turkey) – Located in the Germuş mountains of south-eastern Anatolia, this site presents monumental circular and rectangular megalithic structures, interpreted as enclosures, which were erected by hunter-gatherers in the Pre-Pottery Neolithic age between 9,600 and 8,200 BC. It is likely that these monuments were used in connection with rituals, probably of a funerary nature. Distinctive T-shaped pillars are carved with images of wild animals, providing insight into the way of life and beliefs of people living in Upper Mesopotamia about 11,500 years ago.

Naumburg Cathedral (Germany) – Located in the eastern part of the Thuringian Basin, the Cathedral of Naumburg, whose construction began in 1028, is an outstanding testimony to medieval art and architecture. Its Romanesque structure, flanked by two Gothic choirs, demonstrates the stylistic transition from late Romanesque to early Gothic. The west choir, dating to the first half of the 13th century reflects changes in religious practice and the appearance of science and nature in the figurative arts. The choir and life-size sculptures of the founders of the Cathedral are masterpieces of the workshop known as the “Naumburg Master”.

Pimachiowin Aki (Canada) – Pimachiowin Aki (“The Land That Gives Life”) is a forest landscape crossed by rivers and studded with lakes, wetlands, and boreal forest. It forms part of the ancestral home of the Anishinaabeg, an indigenous people living from fishing, hunting and gathering. The area encompasses the traditional lands of four Anishinaabeg communities (Bloodvein River, Little Grand Rapids, Pauingassi and Poplar River). It is an exceptional example of the cultural tradition of Ji-ganawendamang Gidakiiminaan (“keeping the land”) which consists of honouring the gifts of the Creator, respecting all forms of life and maintaining harmonious relations with others. A complex network of livelihood sites, habitation sites, travel routes and ceremonial sites, often linked by waterways, embodies this tradition.

Chiribiquete National Park – “The Maloca of the Jaguar” (Colombia) – Located in the north-west Colombian Amazon, Chiribiquete National Park is the largest protected area in the country. One of the defining features of the park is the presence of tepuis (the Native American word for table-top mountains), sheer-sided sandstone plateaux that dominate the forest. Over 75,000 paintings, spanning more than 20,000 years to the present, are to be seen on the walls of the 60 rock shelters around the bases of the tepuis. Believed to be linked to the worship of the jaguar, a symbol of power and fertility, these paintings depict hunting scenes, battles, dances and ceremonies. The indigenous communities, which are not directly present on the site, consider the region sacred.

The 42nd session of the World Heritage Committee continues until 4 July.

All the documents pertaining to the work of the Comité are available online
http://whc.unesco.org/en/sessions/42com/documents/