The Director-General of UNESCO, Ms Irina Bokova, presented the UNESCO Medal on Space Science to four laureates during the 1st edition of the award ceremony organized at the UNESCO Headquarters, on 27 October 2017.

The scientific laureates of this 2017 edition are as follows:

Koichi Wakata (Japan)
Mr Wakata’s impressive near 20-years’ experience in spaceflight led him to serve as the commander of the International Space Station, which marked the first time that position was held by a Japanese citizen.

Liwei Yang (People’s Republic of China)
Mr Yang was the first Chinese national sent to space, on board of the Shenzhou 5. He is currently the Vice Director of the China Manned Space Engineering Office.

“I thank you all for your courage and commitment” said Irina Bokova to the laureates, “and I end with an appeal, for you to continue on your scientific journey, and also to return to UNESCO as often as possible, to reach out to younger generations, to share UNESCO’s message to build peace in the minds of men and women.”

This Medal aims to s 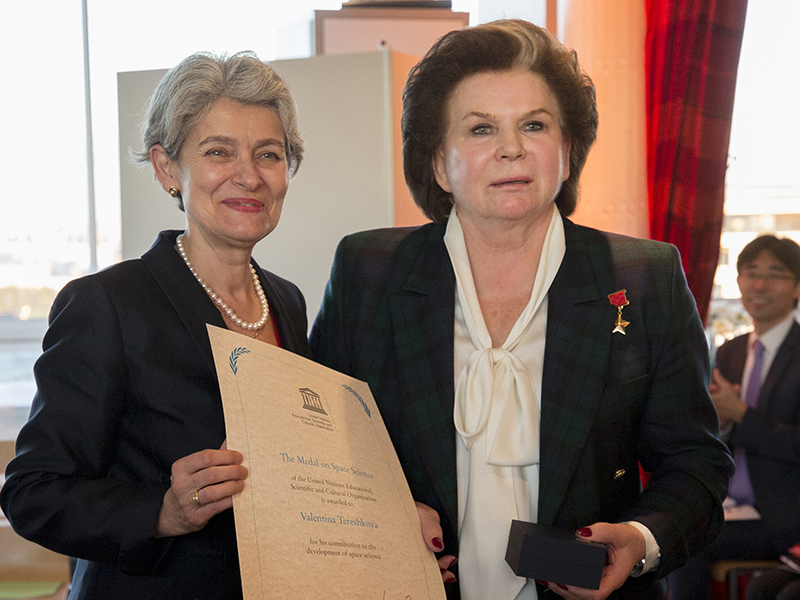 upport UNESCO’s broader work in capacity building in the basic sciences and science education, in line with the United Nations 2030 Agenda for Sustainable Development. It will enable and encourage male and female scientists to serve as role models and to pass their skills and know-how to younger generations.

“Now we are all living through turbulent times, but I think that all the member-countries of UNESCO can do quite a lot so that people can better understand each other,” said Ms Tereshkova. “We must overcome mistrust and lack of understanding. This is the noble mission of UNESCO.” 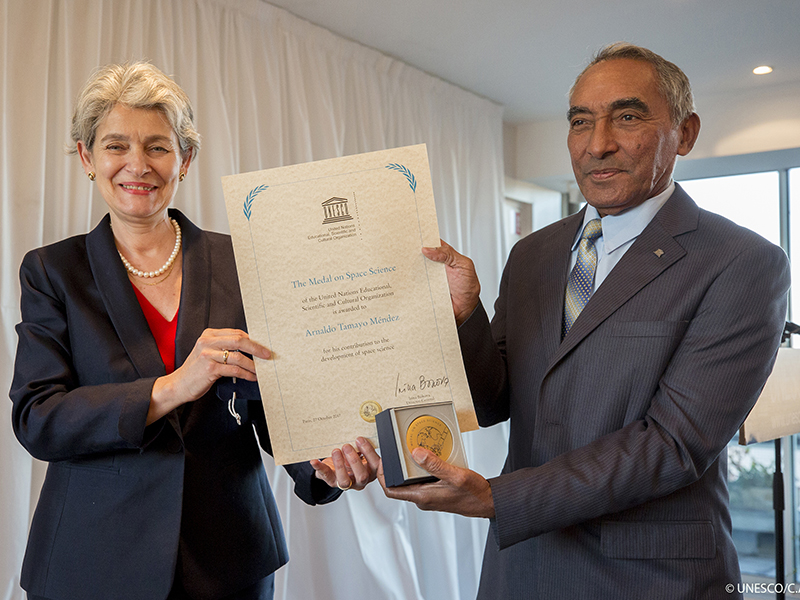 Mr Tamayo Mendez highlighted the importance of scientific collaboration, “which allowed countries such as our small Caribbean island to participate to space programmes, an example of cooperation that went well beyond borders and into space”. He dedicated his medals to the women and men who also had the privilege to explore to space, and particularly to the many more people who, from earth, worked day and night to make such exploits possible.

This Medal was established on 29 June 2017, through an agreement with the Asgardia International Non-Governmental Research Society on Space.