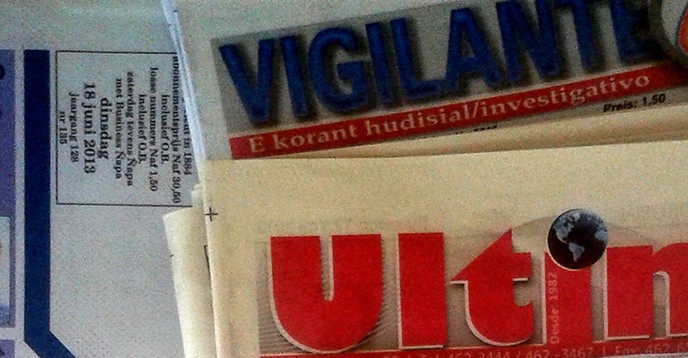 UNESCO is using the IPDC Media Development Indicators (MDIs) for the first time in the Caribbean region to assess the national media landscapes of Curaçao and the Dominican Republic. In partnership with the Curacao National Commission for UNESCO, a training workshop was organized on 12-13 September in Willemstad, Curaçao for the research team in charge of the assessment in the former island territory of the Netherlands Antilles.


The training, provided by MDI coordinator Saorla McCabe, was attended by the seven members of the research team from the University of the Netherlands Antilles (UNA) and the Secretary-General of the Curaçao National Commission for UNESCO, Marva Browne. The Review Team and the Advisory Committee, composed of a variety of stakeholders representing the media sector, were also involved in the training, and will provide guidance and feedback to the research team throughout the implementation of the study.

The assessment in Curaçao comes three years after the country gained the status of autonomous country within the Kingdom of the Netherlands, following the dissolution of the Netherlands Antilles on 10 October 2010 (10-10-10). This new status means that Curaçao now enjoys a high degree of autonomy on internal matters, and has its own government and parliament, empowered to enact legislation.

Curaçao’s media landscape is characterized by a great number of media outlets – no less than 29 radio stations, eight newspapers and two television stations for a population of just over 150,000 inhabitants. At the same time, a recent report by Transparency International highlights a number of weaknesses of the media sector including a lack of training among journalists and a strong influence of commercial interests on media content.

The MDI assessment will be carried out in an inclusive and participatory manner, and will look at all aspects of Curaçao’s media landscape – from the legal and regulatory framework, through the diversity and pluralism of the press, to the level of professional skills among media workers. The final report, to be published both in English and in Papiamentu, is expected to lay out concrete recommendations that will help address the gaps identified during the assessment process.

MDI assessments have to date been completed in 12 countries and are ongoing in another 17 countries, across all regions of the world.