“We are all heartbroken,” said UNESCO Director-General Audrey Azoulay in front of the devastating fire that ravaged the historic Cathedral of Notre-Dame of Paris last night. The Cathedral is part of the World Heritage site of “Paris, Banks of the Seine” inscribed on the World Heritage List in 1991. The site includes bridges, quays and the banks of the River Seine, along the historical part of its course, between the Sully and Iéna bridges, the Ile de la Cité and the Ile St Louis.

“Notre Dame represents a historically, architecturally, and spiritually, outstanding universal heritage. It is also a monument of literary heritage, a place that is unique in our collective imagination. Heritage of the French but also of humanity as a whole. This drama reminds us of the power of heritage that connects us to one another. We are receiving messages of support from all over the world,” said Ms Azoulay, who immediately went to the site with the French authorities.

The Cathedral is considered to be the finest example of French Gothic architecture, with an innovative use of rib vaults and buttresses, stained glass rosettes and sculpted ornaments. Construction of the church began in 1160 and continued over a century.

The Director-General also announced that a rapid damage assessment would be carried out as soon as possible. “UNESCO stands by France in safeguarding and rehabilitating this invaluable heritage,” she said. “We are already in contact with experts and ready to send an emergency mission to assess the damage, preserve what can be preserved and plan short and medium-term measures,” Ms Azoulay said.

The assessment will be carried out with the authorities concerned, including national and local authorities, site management and Church authorities, in order to develop a plan of action, avoid further deterioration of the site and recover as many original elements as possible. UNESCO will then accompany and support the authorities in their rehabilitation.

Statements by the Director-General : 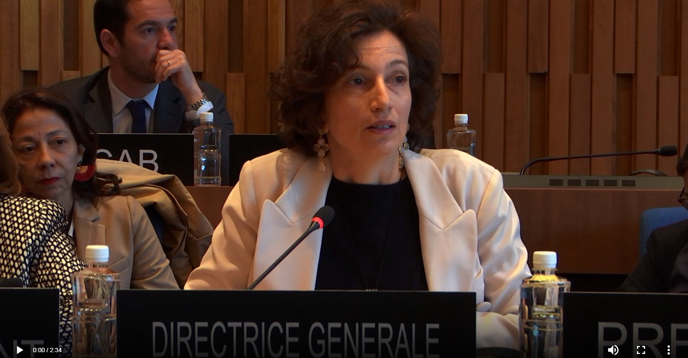 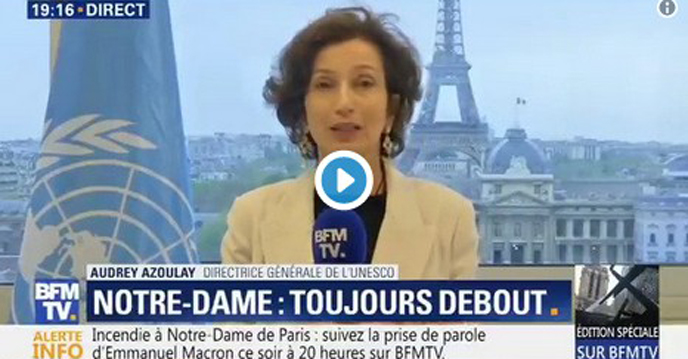