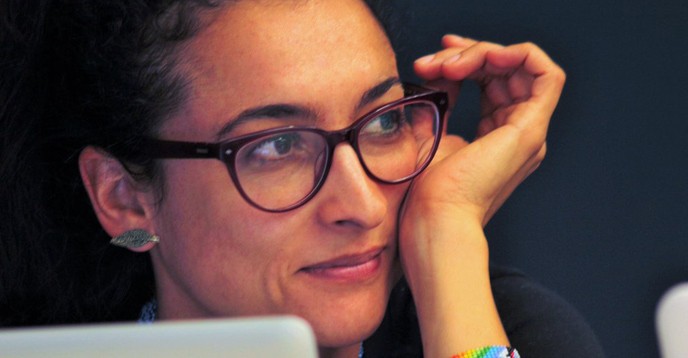 UNESCO Director-General, Audrey Azoulay, has named Estefanía Ciro Rodríguez (Colombia) as the laureate of the UNESCO/Juan Bosch Prize for the Promotion of Social Science Research in Latin America and the Caribbean, on the recommendation of an international jury. The prize rewards her research on the role of coca leaf cultivation in the Amazonian rainforest communities of Colombia.

A researcher at the La Orilla del Río think tank, Ciro Rodríguez work has focused, notably, on global policies to fight drug trafficking, the State in conflict zones, and rural communities in the 21st century.

She wrote her doctoral thesis in sociology on The Life Course of Coca Leaf Growers in Caquetá and the Legitimacy of Coca Tree Cultivation, after conducting field research into the lives of the men and women who grow coca, the violence they face and the place of coca culture in their traditions.

Prior to obtaining her doctorate from the National Autonomous University of Mexico (UNAM), Ms Ciro Rodríguez studied at the University of Los Andes (Colombia), where she completed a Bachelor’s degree in economics and a Master in history.

Created in 2009 at the initiative of the Government of the Dominican Republic, the UNESCO/Juan Bosch Prize is awarded every two years to young social scientists who, through their work, contribute to strengthening the links between research and public policies. Endowed with US $10,000 and a diploma, the Prize also aims to motivate young researchers in the region and encourage intellectual exchange and dialogue in Latin America and the Caribbean.

The Prize bear the name of the celebrated Dominican author, politician, social analyst and fervent defender of democratic values and a culture of peace, whose work has largely contributed to the study of social and political processes in the Dominican Republic and in the Caribbean.

The prize will be awarded at an official ceremony in Bogotá on 23 July.