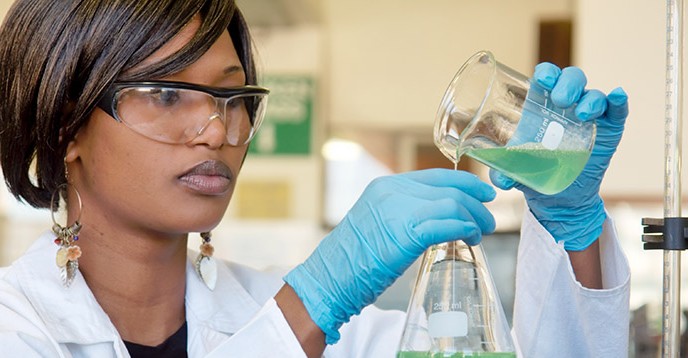 Building local capacities for research in life science is essential to ensure the sustainable development of Africa, where the burden of disease is high and the level of research and development is extremely low. The third UNESCO-Merck Africa Research Summit brought together government representatives and researchers from across Africa to contribute to building capacity in the African research community. This third edition focused on “the role of scientific research in responding to cancer and vaccines development - two emerging challenges in Africa”. Held under the patronage of the President of the Republic of Mauritius, Ms Ameenah Gurib-Fakim, the Summit counted with the participation of 15 African Ministers of Science and Technology, Health, Education, Gender and Social Development.

“We are very happy to partner with the UNESCO and the Merck Foundation to empower women and youth in STEM” said President Ameenah Gurib-Fakim in her opening remarks. “The UNESCO – Merck Africa Research Summit is a valuable opportunity for all those engaged and interested in life science and health research in Africa to learn about the full spectrum of ground-breaking scientific research currently underway, and prepare the road ahead in Africa’s development as an international hub for research and scientific innovation.”

Two ministerial high-level panels focused on challenges and solutions to be considered in the national strategies for scientific research in the life sciences in developing countries.  “While there is no stand-alone goal on science, there is not a single Sustainable Development Goal (SDG) in the new agenda that will not require inputs from natural scientists and engineers” said UNESCO Deputy Director General, Getachew Engida. “Indeed, for it to succeed, the implementation of the new development agenda needs to be based on an integrated scientific approach… An approach that requires overcoming disciplinary boundaries and engaging in a multi-sectoral interdisciplinary approach.” He also highlighted the programmes through which the Organisation supports the Science, Technology and Innovation Strategy for Africa (STISA-2024).

Speaking on Merck Foundation’s work for research capacity building in Africa, Prof. Frank Stangenberg-Haverkamp, Chairman of Board of Trustees of the Merck Foundation emphasized their support of African women and youth in scientific research through providing them with training opportunities with special focus on cancer research and vaccine development.

This year’s edition of the summit placed a greater emphasis on empowering women and youth in STEM research, with 100 young researchers receiving support to participate. Over the past three years, the Summit has generated positive externalities, such as fellowships with partner institutions, awsards for young researchers, or publications in academic journals, including a book with the African Union and a collection of about 100 researcher’s proceedings. Furthermore, the event has fostered workshops in mentoring to empower girls, women and youth in research and in communication and networking. In the three years since the first edition, UNESCO-MARS has sponsored and contributed to skills’ development of around 600 researchers from Africa, in order to support the future generation of scientists and investigators of the African continent.

The main partners of this Summit are the African Union, the World Health Organisation, the University of Cambridge UK and the Government of Mauritius. The Summit took place in Port Louis, Mauritius, on 28-29 November 2017. UNESCO–MARS 2017 brings together African researchers to discuss the generation, sharing and dissemination of research data and to prepare for the road ahead in developing Africa as an international hub for research excellence and scientific innovation. These include researchers from Francophone countries such as Benin, Senegal, Tunisia, Burkina Faso, Gabon, Congo, Cameroon, Democratic Republic of the Congo, Burkina Faso, and Anglophone countries such as Kenya, Mauritius, South Africa, Ghana, Gambia, Liberia, Sierra Leone, Rwanda, Zimbabwe, Nigeria, Zambia, Tanzania, Uganda, Sudan, Egypt, South Sudan and Ethiopia. 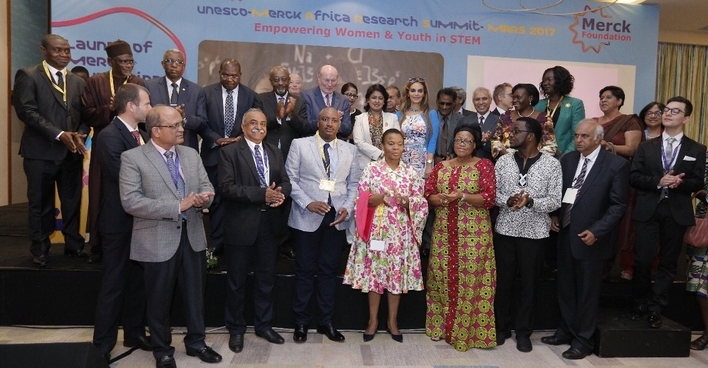 Science for a Sustainable Future, Partner for Priority Africa, Investing in Science, Technology and Innovation, Building Capacity in Science and Engineering, Science for Society
Mauritius