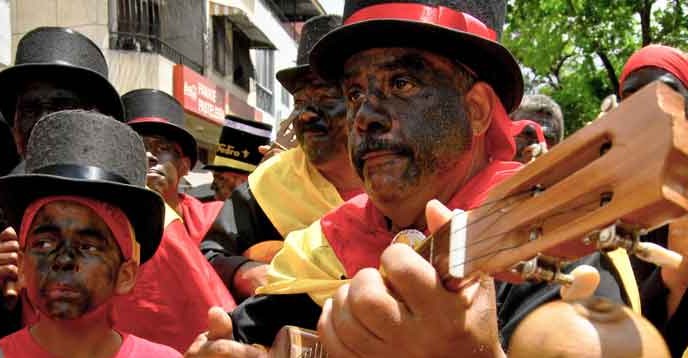 The Intergovernmental Committee for the Safeguarding of Intangible Heritage, holding its 8th session until 7 December, today inscribed 11 elements on the Representative List of the Intangible Cultural Heritage of Humanity. This marks the end of this year’s inscriptions.


The Representative List of the Intangible Cultural Heritage of Humanity serves to raise awareness of intangible heritage and provide recognition to communities’ traditions and know-how that reflect their cultural diversity. The List does not attribute or recognize any standard of excellence or exclusivity.

The titles of the newly inscribed elements below (in chronological order of inscription) lead to web pages with information, pictures and videos:

Traditional craftsmanship of the Mongol Ger and its associated customs—Mongolia

The Mongol Ger is a round structure comprising walls, poles and a ceiling covered with canvas and felt, and tightened with ropes. It is light enough for nomads to carry; flexible enough to fold and pack; and sturdy enough to be dismantled and reassembled. Craftsmanship of the traditional Mongol Ger is a communal enterprise, with men carving the wood and both women and men engaged in painting, sewing and stitching, and felt-making. Traditional craftsmanship is taught through mentoring by a senior craftsperson.

Knowledge, skills and rituals related to the annual renewal of the Q’eswachaka bridge—Peru

The Q’eswachaka rope suspension bridge crosses a gorge of the Apurimac River in the southern Andes. Four Quechua-speaking peasant communities assemble annually to renew it, using traditional Inca techniques and materials. The three-day process involves repeatedly braiding straw into thick ropes, which are then woven together to form the bridge. The process structures the life of the participating communities, strengthens centuries-old bonds and reaffirms their cultural identity. When the bridge is finished, the communities hold a celebratory festival.

Kimjang, making and sharing kimchi in the Republic of Korea

Kimchi is a name for preserved vegetables seasoned with spices and fermented seafood, an essential part of Korean meals. Late autumn is Kimjang season, when communities collectively make and share large quantities of kimchi to ensure that every household has enough to sustain it through the winter. The custom emphasizes the importance of sharing and is a reminder of the need to live in harmony with nature. The collective practice of Kimjang reaffirms Korean identity and is an excellent opportunity for strengthening family cooperation.

On Christmas Eve, groups of young men in villages throughout Romania and the Republic of Moldova go from house to house performing festive songs. The songs have an epic content, which is adapted to each host’s individual circumstances. The performers also sing special, auspicious songs for unmarried girls, to help them find a husband within the next year. After the performance, the hosts offer the singers ritual gifts and money. Colindat plays an important role in preserving social identity and cohesion.

Xooy, a divination ceremony among the Serer of Senegal

The Xooy is a traditional divination ceremony among the Serer community, organized prior to the rainy season. During this long nocturnal gathering, master seers known as Saltigues step into a circle and deliver predictions before a rapturous audience. The combination of their vibrant clothing, songs and dances creates a colourful, dramatic ceremony and the seers hold the audience in suspense until daybreak. The Saltigues are the living mediums of the Xooy and preserve and transmit the knowledge that is vital to the ceremony.

The village of Terchová in north-west Slovakia is renowned for its collective vocal and instrumental music, performed by three-, four- or five-member string ensembles with a small two-string bass or diatonic button accordion, combined with polyphonic singing and folk dances. Performances take place at anniversaries, festivals and, most importantly, the Jánošík’s Days International Festival. Transmitted orally, the traditional music culture is a matter of pride and a marker of identity among the inhabitants of Terchová and the surrounding areas.

The Feast of the Holy Forty Martyrs is celebrated each 22 March to honour the martyrs of Sebaste and to mark the beginning of spring. Participants hike up the Isar hill, stopping at the church to pay tribute to the martyrs. This event requires the selfless cooperation of many people from all age groups, social classes and backgrounds, thus promoting and encouraging teamwork and solidarity. Grandparents, parents and children all hike together, while the climb also unites people from different ethnic groups and religions.

Turkish coffee combines special preparation techniques with a rich communal traditional culture. It is mainly drunk in coffee-houses, where people meet to converse, share news and read books. The tradition itself is a symbol of hospitality, friendship, refinement and entertainment, permeating all walks of life. Turkish coffee also plays an important role on social occasions such as engagement ceremonies and holidays; its knowledge and rituals are transmitted in an informal way by family members through observation and participation.

The people of the village of Petrykivka decorate their living quarters, household belongings and musical instruments with a richly symbolic style of ornamental painting, characterized by fantastic flowers and other natural elements. In folk belief, the paintings protect people from sorrow and evil. Every family has at least one practitioner and the tradition is taught at all levels in the local schools, making Petrykivka painting an integral part of daily existence in the community.

In the towns of Guarenas and Guatire, devotees celebrate the Day of San Pedro with a series of popular festivities and rituals. Venerated images of the saint, accompanied by flags, banners, musicians, dancers and troubadours, are paraded through the streets to re-enact the story of San Pedro’s healing of the daughter of a slave. Women decorate the churches, dress images of the saint and cook traditional dishes. Adults and children in the community all celebrate a vital tradition that symbolizes and reasserts the struggle against injustice and inequality.

Performed at festivals, death anniversary rituals and celebrations, Đờn ca tài tử is a musical art that evokes the people’s life and work on the land and rivers of southern Viet Nam. Instrumentalists and singers express their feelings by improvising, ornamenting and varying the ‘skeletal melody’ and main rhythmic patterns of these pieces, based on twenty principal songs and seventy-two classical songs. Đờn ca tài tử is handed down through oral transmission, based on imitation, from master to student.