Early and unintended pregnancy - what role for education? 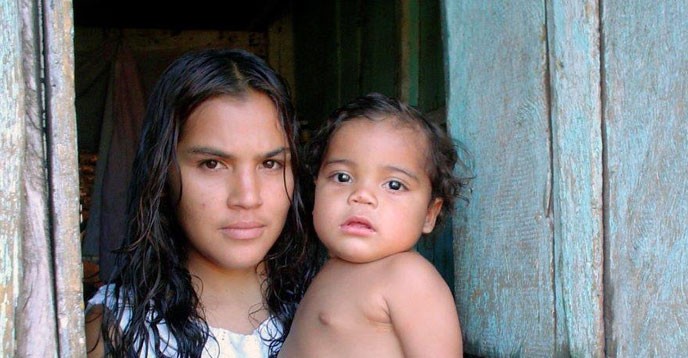 Being pregnant and having a child are major life events. For an adolescent girl (aged 10–19 years old), experiencing these events while still at school often means facing harsh social sanctions and difficult choices that have life-long consequences. It could mean expulsion from home and school; being shamed and stigmatized by family, community members and peers; increased vulnerability to violence and abuse, or greater poverty and economic hardship. At the social and political levels, adolescent pregnancy is an issue that is often contentious, divisive and prone to responses based on prejudice.  The right to health, education, dignity and gender equality are at the heart of this issue – especially for girls and young women.

This is an issue that cuts across the responsibilities of families, schools, social protection agencies and health service providers. Adolescents spend much of their time in school or in other educational contexts and must be supported to fulfil their potential regardless of their health, social or economic status.

Early and unintended pregnancy jeopardizes educational attainment and for this reason the education sector has an obligation to prevent it by providing knowledge, information and skills; and by ensuring that pregnant girls and adolescent mothers have the right to continue their education. Education – including comprehensive sexuality education – needs to be considered as both an instrument to prevent adolescent pregnancy and a means towards better life chances.  It is potentially a critical lever in girls’ empowerment that increases knowledge and self-confidence and improves girls’ awareness of themselves, their bodies, their rights and capabilities, including preventing pregnancy and fertility choices.  Boys and young men typically bear less of the consequences of pregnancy and they too need to be engaged in the response.

Given that only 75 per cent of learners who start primary school reach the last grade (UNESCO, 2014), it is important to address pregnancy prevention before children complete or leave primary education. Primary school is also the optimal point to reach younger adolescents (10–14 years old) who need to be educated about pregnancy and pregnancy prevention before they leave the education system, or become sexually active, or are forced into marriage or child bearing soon after puberty.

In some parts of the world early pregnancy and child marriage are closely linked. The Education for All Global Monitoring Report  2013–2014 highlights that if all girls in SSA and South and West Asia had primary education, child marriages would be reduced by 14 per cent, while if all girls had secondary education, child marriages would be reduced by 64 per cent. Girls in school for 10 years marry six years later, since schooling increases autonomy and decision-making and increases economic independence, which results in postponing marriage. Each additional year of education means a 10 per cent reduction in fertility and subsequent increase in contraception uptake (Presler-Marshall and Jones, 2012).

What needs to be done? Within the framework of UNESCO’s global programme on comprehensive sexuality education, ministries of education and health, UN experts, civil society and young people’s organisations meet on 4-6 November 2014 in South Africa to discuss a number of recommendations and decide on the education sector’s response to early and unintended pregnancy.

It’s clear that education can do more – and the response will be stronger if it brings together education and health and all partners that can make schools healthier, safer, more supportive space for all children young people – especially girls and young women.

Education for health and well-being