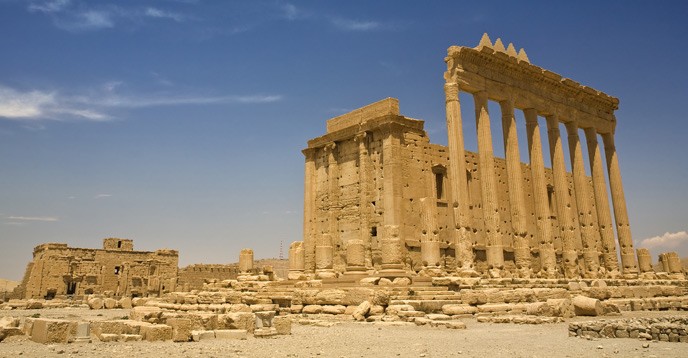 The Director-General of UNESCO, Irina Bokova, expressed profound dismay as she condemned the destruction of the Temple of Bel in Palmyra, one of the most important 1st century CE religious monuments in the Middle East, a construction unique in its design.

“The destruction of Palmyra constitutes an intolerable crime against civilization but 4,500 years of history will never be erased,” the Director-General declared.

“It is essential to explain the history and significance of the temples of Palmyra. Whoever saw Palmyra remains forever marked by the memory of the city which embodies the dignity of the entire Syrian people and humanity’s loftiest aspirations,” she added. “Each of these attacks invites us to share ever more widely the heritage of humanity, whether in museums, schools, the media and our homes. This is the sense of the initiatives launched everywhere in the world by UNESCO and countless citizens of all nationalities, religions, and origins, particularly in the Arab and Muslim world. The power of culture is greater than that of all forms of extremism and nothing can stop it.”

In the face of this most recent war crime, UNESCO reaffirms its determination to go on protecting all that which can be saved. It will pursue its unrelenting fight against illicit trafficking in cultural objects, the documentation of sites, and the setting up of networks that link thousands of experts in Syria and all over the world, to transmit this heritage to future generations, notably with the help of modern technology.

According to eyewitness reports, confirmed by satellite images from UNOSAT, explosives were used to destroy the Temple of Bel in Palmyra, one of the most iconic monuments of the site, on 30 August. It was one of the best preserved and most impressive temples in Palmyra and represented a remarkable fusion of the architectural styles of the ancient Near East and the Greco-Roman tradition, visible in its sculptured ceilings, monumental podium and friezes, which told the story of the city and featured camel caravans and the constellations. The great temple of Bel is one of the most important religious edifices of the 1st century in the Orient. The treatment of sculptures and engravings in the monumental arch that leads from the temple to the city is an outstanding example of Palmyran art.