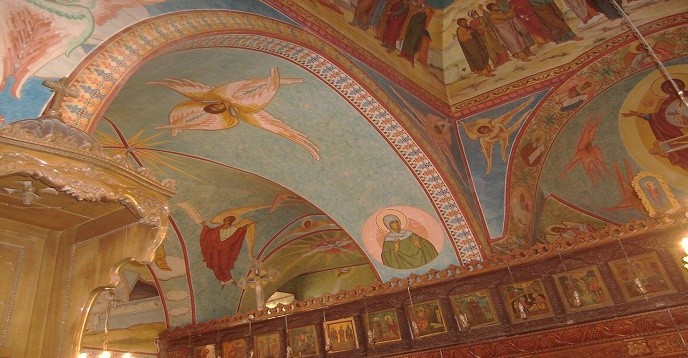 The Director-General of UNESCO strongly condemns the destruction of the Mar Elian monastery located in the Syrian town of al-Qaryatayn. The monastery is a major pilgrimage site for Syria’s Christian community, with yearly festivities in honor of Saint Elian drawing thousands of visitors.

“The intentional targeting and systematic destruction of the cultural heritage of Syria is reaching unprecedented levels”, said the Director-General. "The destruction of the Mar Elian monastery is a tragic loss for the region, for women and men around the world”

According to news reports, the video published by ISIL shows the profanation and subsequent destruction of the monastery, as well as the exhumation of the remains of Saint Elian, who was martyred in the 3rd century AD. The monastery is located in al-Qaryatayn, south-west of Palmyra and south-east of Homs.

“The cultural cleansing underway at the hands of ISIL/Daesh must stop. The persecution of communities reflecting the great diversity of Syria, combined with the systematic destruction of some of the most iconic representations of Syria’s rich heritage, testifies to an ideology of hatred and exclusion", said the Director-General.

The principal structure of the Mar Elian monastery dates to 1938 but its ancient foundations house the 5th century tomb of Mar Elian. This act of destruction comes amid news reports that several hundred people, including Christians, have been kidnapped by ISIL/Daesh.

"Attacks against civilians and minority groups as well as their heritage are in direct violation of humanitarian law, as stated by the UN Secretary General and the UN Security Council. Such acts are war crimes and their perpetrators must be accountable for their actions. UNESCO stands by all Syrian people in their efforts to safeguard their heritage, a heritage for all humanity, said the Director-General.