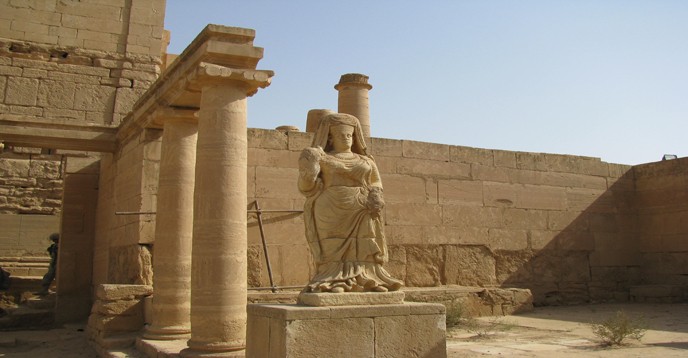 Since the beginning of the conflict in Iraq, in addition to the tragic loss of human life and the humanitarian crisis associated to the persecution of cultural and religious minorities, cultural heritage has been the target of intentional destruction, with the aim of erasing the history of the country and thus undermining the peaceful coexistence of diverse communities.

Attacks against the culture of Iraq have seen in recent days a dramatic escalation. Following the brutal destructions of many invaluable cultural items at the Mosul Museum and the bulldozing of the ancient Assyrian city of Nimrud, official sources today reported the destruction of the World Heritage property of Hatra, a large fortified city under the influence of the Parthian Empire, the capital of the first Arab k‎ingdom, ‎and bearing the roots of Islamic Arab cities.

“The destruction of Hatra marks a turning point in the appalling strategy of cultural cleansing underway in Iraq,” said the Director-General of UNESCO, Mrs. Irina Bokova, and Dr Abdulaziz Othman Altwaijri,
Director General of the Islamic Educational, Scientific and Cultural Organization (ISESCO) in a joint statement. "This is a direct attack against the history of Islamic Arab cities, and it confirms the role of destruction of heritage in the propaganda of extremists groups."

“With this latest act of barbarism against Hatra, Daesh shows the contempt in which it holds the history and heritage of Arab people, which had been rightly recognized as a World Heritage site”.

"UNESCO and ISESCO are fully mobilized to respond to this emergency and stand ready to assist the Iraqi authorities in any possible way” stated Mrs Bokova and Dr. Altwaijri.

Hatra withstood invasions by the Romans in A.D. 116 and 198 thanks to its high, thick walls reinforced by towers. The remains of the city, especially the temples where Hellenistic and Roman architecture
blend with Eastern decorative features, attest to the greatness of its civilization. See more.https://mail.unesco.org/owa/redir.aspx?SURL=lxz3NRnxk6TCurWA0mzvHp7c3JSAP15UHIJgDd44bfaEMibU_SbSCGgAdAB0AHAAOgAvAC8AdwBoAGMALgB1AG4AZQBzAGMAbwAuAG8AcgBnAC8AZQBuAC8AbABpAHMAdAAvADIANwA3AA..&URL=http%3a%2f%2fwhc.unesco.org%2fen%2flist%2f277