Culture as source of sustainable development and social cohesion 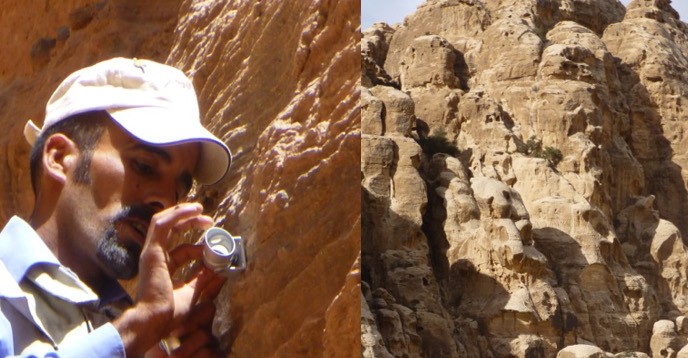 Who does not know Petra? Virtually everybody does, but do we all know that its name means “rock” in Greek? A World Heritage site since 1985, and the most popular tourist attraction in Jordan, Petra is indeed full of rocks: some massive, some minute, some stable, some less so. The Siq, a mile-long gorge leading to the dramatic emergence of the Treasury, is a unique but fragile area, vulnerable to environmental risks. Wisely, in 2011 the Government reached out for assistance in identifying and monitoring the Siq stability. Eager to assist, UNESCO supported the consolidation of the block and carried out a rapid assessment. With generous funds provided by the Italian Cooperation for Development, the UNESCO led “Siq Stability: Sustainable Monitoring Techniques for Assessing Instability of Slopes in the Siq of Petra” project was born.

Since the project’s inception in 2012, the engagement of the Department of Antiquities (DoA), the Petra Development and Tourism Region Authority (PDTRA), the Italian Institute for Environmental Protection and Research (ISPRA), Jordanian experts from the Petra National Trust (PNT), expert geologists and the Zamani Research Group from the University of Cape Town have supported the project’s successful -although technically complex- operations.

Recently, the Zamani Research Group (from South Africa) returned to Jordan to expand upon the development of the common geographic information system (GIS) platform and train local technicians to become proficient at using GIS. An animated Professor Heinz Ruther emphasized group ownership of “one of the most challenging projects in the world” warning his trainees that “while it is impossible to accurately laser scan the entire Siq, using GIS you can proactively improve upon the precarious nature of the Siq and the stones above the Siq”. Using 144 marked Geographic Positioning System (GPS) points, more than 2000 scans and 500 panoramas the group has crafted cross sections and panoramas of much of Petra. The results are stunning; one can take a 3-D, terrestrial tour of Petra from an armchair anywhere in the world and feel as if they are wandering amongst the gorges, cliffs and rocky mountains of the ancient city.

Seeing these results, the seven trainees have become personally invested. “Now I want to become a professional at GIS and practice makes perfect,” says Areej Farajat, 26, a University of Jordan graduate who has been working in Wadi Musa for four years. Other trainees marveled at how changes following flash-flooding in the Siq could be monitored using GIS.

At the end of June, the impressive documentation of the site was presented to Jordan’s Department of Antiquities, where they are being transferred. Other stakeholders were also present and an exciting discussion transpired surrounding the project successes, including the tremendous digital reconstructions of the Siq and main monuments of site. UNESCO Amman Head of Office, Costanza Farina expressed, “I am delighted that this seminar is taking place today, as it is an opportunity for me to recognize the long standing institutional partnership UNESCO is privileged to enjoy with the Department of Antiquities and the Authorities of PDTRA. Their professional engagement and support is the key for any successful initiative”.

Funding this ambitious project, Italy has invested considerable financial resources to the safeguarding of Petra’s Siq and contributed as well valuable specialized expertise in the field of geological hazards applied to cultural heritage.

Leading the European Union presidency as of 1 July, Italy’s widely recognized excellence in cultural heritage conservation offers an encouraging affirmation also in Jordan. Within a strategic vision that strongly promotes the cultural sector as a driver of sustainable development, to generate income, create decent jobs and improve livelihoods, Italy maintains an essential presence. An expert on culture himself, Italian Ambassador to Jorda Patrizio Fondi explains, “Culture is an enabler and a driver for sustainable development, which regrettably was not reflected in the MDGs. However, we all know that culture precisely enables sustainability – as a source of identity, and social cohesion, and helps people making sense of their own future”.

In December 2013, the United Nations General Assembly adopted a resolution on culture and development, which marked a turning point, acknowledging in detail the direct linkages between culture and the three pillars of sustainable development: economic, social and environmental.

The practical application of this innovative approach is mirrored in this UNESCO project. Ataf is a nimble Bedouin man who grew up in a small village within Petra. Friends used to call Ataf “the last Bedouin in the world” as he would sell his wares to tourists from a small shop, perched near the Monastery at the end of the Petra tourist trek. All that changed when Ataf connected with UNESCO and became interested in rock climbing.

Through the Siq Stability project, Ataf learned how to safely scale sheer surfaces in order to monitor the micro-prisms. Produced in Italy, these prisms act as reflectors with special frames for historical building monitoring. Ataf can access these precariously placed devices with his new skills and can monitor as well the repeaters that gather wireless data, tracking crack-meters and other very technical equipment installed in six hazardous locations throughout the Siq. Ataf takes pictures of any changes as he traverses the Siq and these are sent to the Petra Archaeological Park and the UNESCO Amman Office to monitor and provide maintenance or repair interventions when required.

Locals used to smash the monitoring micro-prisms with rocks, suspicious that they were cameras. Since Ataf became actively involved, he has been educating the community on the prisms and proudly explains, “If anyone messes with a prism, Bedouins tell Ataf!”

Married with two daughters, Ataf and his small family now live in a Bedouin village of 3,000 called Umm Sayhoun. He smiles as he expresses how the improved salary and quality of employment have changed his life: “Now I work from my heart and I am more hopeful”. Working inside Jordan’s top tourist attraction is always stimulating and Ataf stresses the importance of “reacting before the Siq suffers more damage” so travelers and residents can continue to enjoy the beauty of the Kingdom’s most valuable treasure for a long time to come.

Global evidence has demonstrated that development policies responsibly rooted within specific cultural contexts yield stronger and more sustainable development outcomes. UNESCO believes strongly that culture can facilitate inclusion and reconciliation. Building upon the recognition of the connection between culture and sustainable development, UNESCO advocates for the integration of culture explicitly into the post-2015 development agenda, notably in the framework of strategic future Sustainable Development Goals.