"Cultural heritage is the collective story of humanity as a whole" 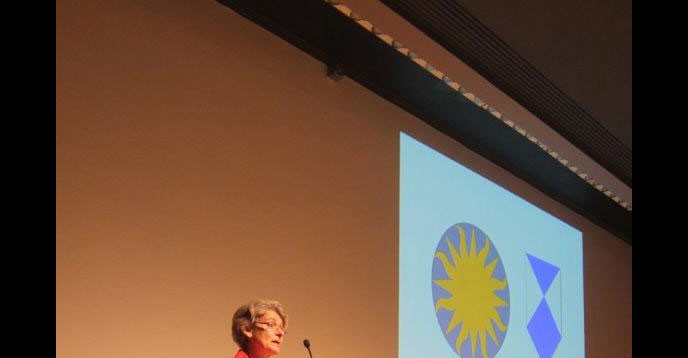 Washington, DC, 19 September 2014 -- At an event marking the 60th Anniversary of the 1954 Hague Convention for the Protection of Cultural Property in the Event of Armed Conflict, Director-General Irina Bokova spoke the rise of cultural cleansing and cultural looting in Iraq and Syria -- through the intentional destruction of cultural heritage, attacks against cultural diversity and the systematic looting of cultural heritage, which is now being more clearly linked to the financing of extremist activities.


"Our responsibility is higher than ever," said the Director-General. "A new type of global consciousness is emerging across the world. Cultural heritage carries values, a message and a story. It is the collective story of humanity as a whole. Building this global consciousness is the responsibility we have to take collectively today as a response against extremism."

UNESCO has been active to enhance vigilance and control to stop the flows of illicit trafficking across the region -- this includes work to create a mechanism to monitor the state of heritage and conduct trainings in neighboring States to improve interdiction. This work is one of partnership, with Interpol, the world customs engagement, as well as ICCROM, ICOMOS and ICOM -- embodied in the joint Emergency Response Plan for Iraq, initiated by UNESCO with partners in July.

The Director-General said that she has called for consideration by the UN Security Council of a resolution to set an international ban on trade in Syrian cultural objects.

Director-General Bokova also emphasized the dangers of history being rewritten in the image of extremism, as has been seen in Syria, Iraq and Mali.

"These groups seek to erase the identities of these communities. It is cultural cleansing, robbing its victims of their past, their present and their future.

The event was organized jointly by the Smithsonian Institution and the U.S. Committee of the Blue Shield and was held at the Hirshhorn Museum.