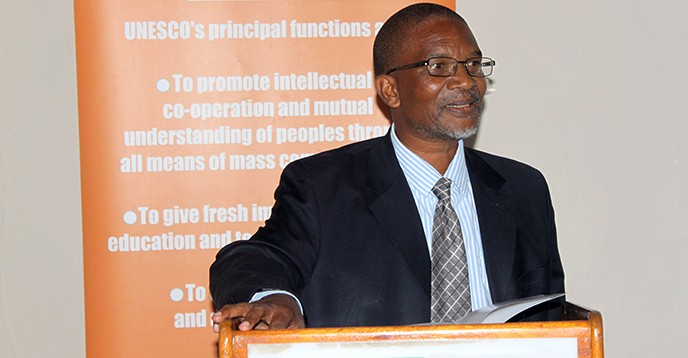 Leading up to Swaziland’s celebration of 50 years of independence in 2018, the role of media in social, economic and political progress has never been more crucial. However, a lack of reliable and accessible data on the country’s media environment did not allow local researchers until now to provide evidence-based recommendations on how to foster freedom of expression and media development.

Within this context, the Media Institute of Southern Africa (MISA), with the support of UNESCO’s International Programme for the Development of Communication (IPDC), conducted an 11-month study of Swaziland media landscape based on UNESCO’s Media Development Indicators (MDIs).

Launched on 4 May 2018 in Mbabane during an event attended by high-level government officials and diplomats, the resulting report, Assessment of Media Development in Swaziland, offers a series of recommendations that are set to serve as guidance for policy makers, the media, civil society organizations, and academia in addressing challenges towards a free, independent and professional media environment.

Vuyisile Sikelele Hlatshwayo, the study’s lead researcher, says the release of such a diagnostic report is opportune and important towards the country’s 50 years of independence.

“Firstly, it provides a comprehensive review of the media landscape since Swaziland gained independence in 1968. Secondly, it sketches a much clearer and truer picture of the media environment since independence,” he said, adding that thirdly, “it serves as a timely reminder of the little progress made in media development thus far. Lastly, it provides practical solutions to the identified problems [which are] making it too difficult for the Swazi media to purvey credible and accurate information in a constitutional democracy.”

The report identifies an urgent need for the Government of Swaziland to prioritise media law and policy reforms, which includes repealing all pieces of legislation that hinder the enjoyment of press freedom guaranteed in the Swaziland Constitution (2005). Another call for action is for the government to provide tax incentives to aspiring media entrepreneurs to boost media development. This should also be followed by a prioritisation of the safety of journalists and the protection for media workers from threats, intimidation, harassment and physical assault.

Furthermore, the researchers also expect the report to change the lukewarm response of the Mbabane-based donor community to the struggles for freedom of expression and media freedom waged by the local media bodies.

Furthermore, the researchers also expect the report to change the lukewarm response of the Mbabane-based donor community to the struggles for freedom of expression and media freedom waged by the local media bodies. As pointed out by Hlatshwayo, ”Using the recommendations, it is hoped that the donor community and embassies will make informed decisions to support media projects promoting media freedom enshrined in the Bill of Rights of the Constitution and deepening democracy in the 12 year-old constitutional dispensation.”

UNESCO’s MDIs were developed and endorsed by the Intergovernmental Council of IPDC in 2008. Since then, they have become one of IPDC’s flagship initiatives and have been applied in nearly 40 countries.

The MDI assessment for Swaziland is available for download here.

Check out other published MDI reports on the MDI webpage.

Fostering Freedom of Expression, Media Development and the IPDC
Eswatini