Criança Esperança retraces stories of donors and beneficiaries of the project 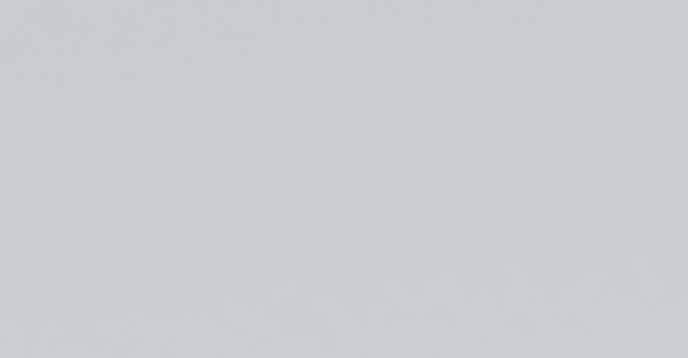 The 2014 Campaign will gather Globo TV actors and actresses for the Day of Hope with a special program and schedule on 16 August.

For nearly three decades helping to transform lives, the Criança Esperança Campaign reaches its 29th edition with the theme 'Hope: wins whoever receives, and also whoever donates '. Real stories of donors and beneficiaries of the project over the years permeate the actions planned for this year. On 16 August the Day of Hope will take place with a great mobilization on the rights of children and adolescents and also with a TV show carried out by the most popular Brazilian TV stars and musicians. The TV attraction celebrates the Globo TV and UNESCO partnership withBrazilian society.

In the evening, the Hope Show (Show da Esperança), which will be broadcasted right after the most popular soap opera ‘Império’, will close the Globo TV special broadcasting schedule for the day. Directed by Luiz Gleiser, the Hope Show will be conducted by Dennis Carvalho with a script written by Marcel Souto, Claudia Valli and Flavia Orlando. The proposal for this year is a contemporary musical attraction with modern choreographies and encounters on stage – such as  Ney Matogrosso interpreting the song “Canção da América” with Laila Garin, Emílio Dantas and Tiago Abravanel.

A campaign of the entire Brazilian society

In the past, R$ 17.7 million were raised by Criança Esperança – which benefitted 103 social projects across the country.  The donations are credited directly into UNESCO’s account. The Organization is responsible for the selection process, which is done by means of a public call notice for projects published annually in both Criança Esperança and UNESCO’s websites. Once the projects have been selected, UNESCO is responsible for monitoring them, both from a programmatic and a financial viewpoint. . . Besides the selected projects, Criança Esperança also supports four Criança Esperança Centres (Espaços Criança Esperança). They are reference centres for children, adolescents and young adults from low-income families in four socially vulnerable communities located in Rio de Janeiro (Cantagalo/Pavão/Pavãozinho), São Paulo (Brasilândia), Belo Horizonte (Aglomerado da Serra) and, more recently, in Jaboatão dos Guararapes (Socorro).

The Criança Esperança Centres contribute to strengthen these communities and their surrounding areas, developing actions such as violence prevention, dissemination of a Culture of Peace, and fostering human rights through the provision of educational, artistic, cultural, and sports activities, as well as citizenship values and preparation to enter the job market..

The funds raised this year will support projects to be developed in 2015, once the selection process is carried out by UNESCO. The results of the process will be announced in September.

Mobilization on the streets

Inspiring cases reported in advertising and on the web

Recent discoveries by the TV Viewers Call Centre (Central de Atendimento ao Telespectador — CAT), of stories both of donors and of beneficiaries involved in the Project were an inspiration for Globo TV Creation Team for the 2014 advertising Campaign. The thrill of the meeting between real characters set the tone of three short documentaries, broadcasted on a compact version during the month of July. They can also be watched at www.criancaesperanca.com.br.

In addition to the dissemination of the short documentaries during Globo TV’s programming schedule, the network is inviting people to tell their life transformation stories through the web. Developed in partnership with the Museu da Pessoa (People’s Museum), the action intends to gather and to disseminate examples of donors and beneficiaries of Criança Esperança in the last 29 years. All of these stories are available in the project’s website.

More than 40 Globo TV stars participate in the 0500 phone number campaign. Among them are: Renato Aragão, Jô Soares, Angélica, Luciano Huck, Fátima Bernardes, Regina Casé, Xuxa, Grazi Massafera and Adriana Esteves. Some children benefitted by the  Criança Esperança projects had the opportunity to meet and interact with the stars. “Every year we have the opportunity to come together for the same cause: helping othershelp”, said one of the stars, Angélica, in the backstage of a recording session. Since Saturday, 2 August, Globo TV has been airing five versions of a film with the cast singing and asking the public to call and make their donations.

For the past 29 years,  Criança Esperança Programme has created opportunities for the development of children, adolescents and young adults. This year, 103 social projects will be supported across Brazil, in addition to the the four Criança Esperança Centres located in Rio de Janeiro, São Paulo, Belo Horizonte and Jaboatão dos Guararapes in Pernambuco – benefitting nearly 48 thousand children. In more than 28 years, more than 5 thousand social projects have been supported in Brazil. Criança Esperança has contributed to ensuring the rights of more than 4 million children, adolescents and young adults, as well as to generating social inclusion. It has helped to reduce mortality rates and child labour. It has also tackled sexual exploitation of boys and girls. The Project has prepared youth for the labour market, and it has created  opportunities of access to education, culture, sports, leisure, work, as well as to learning about citizenship rights.

It is possible to donate during the whole year, in any Brazilian lottery house, or through the Criança Esperança  website (www.criancaesperanca.com.br). The donations are credited directly into UNESCO’s account. The Organization is responsible for the selection, monitoring and following-up of the supported projects. Criança Esperança is a Globo TV campaign in partnership with UNESCO and with millions of Brazilians.