When terror strikes, the media are critical in ensuring affected people have access to much-needed information. However, coverage of terrorism can sometimes be disproportionate and sensationalist, persuading entire populations they are in pressing danger when the level of risk may be relatively low.

In line with UNESCO’s publication Terrorism and the Media: A Handbook for Journalists, we explore some of the most common myths surrounding the issue of terrorism and take a look at what the evidence says:

MYTH: "Western" countries are the most affected by terrorism

When discussing terrorism it is important to maintain a global perspective. Media coverage tends to favour tragedies that occur in close geographic or cultural proximity; hence, attacks that occur in Europe or North America tend to be overrepresented in international, European and North American media. In fact, terrorist attacks occur mainly in the Middle East and North Africa, South Asia and Sub-Saharan Africa regions, which together account for 84% of attacks and 95% of deaths (2015). (Source)

MYTH: Western Europe has never been more affected by terrorism than today

In actual fact, the period between 1970 and the early 1990s saw a higher number of deaths and much more frequent attacks in Western Europe, notably from separatist or revolutionary groups. Yet today, advances in media development – mobile technology, social media and 24/7 news channels – mean that people are continuously faced with wall-to-wall coverage, thus raising feelings of insecurity. Such rare events then seem more common than they actually are. (Source)

Fear can be a powerful and involuntary response to terrorism, but understanding is needed of the objective level of risk involved. Although terrorism is unique in its ability to shock and scare, the actual risk for an individual citizen is relatively small, especially compared to countless other factors. The global death rate from terrorism in 2015 was 0.39 per 100,000. Road accidents, by comparison, accounted for 18.2 deaths per 100,000 people, according to the World Health Organization. (Sources: 1 | 2)

Most terrorist attacks in recent years have been perpetrated by people born in the countries where the attacks took place. UN Secretary-General António Guterres, then-UN High Commissioner for Refugees, said that “it is not the refugee outflows that cause terrorism; it is terrorism, tyranny and war that create refugees.” A 2016 report from the UN Office of the High Commissioner for Human Rights stated that “there is little evidence… that terrorists take advantage of refugee flows to carry out acts of terrorism. Such perceptions are analytically and statistically unfounded, and must change.” Fearing and demonising refugee groups by blaming them for terrorist acts can worsen their already highly vulnerable situation. (Sources: 1 | 2)

MYTH: People in many “Western” cities are living in permanent warzones

The choice of words when discussing such a tense topic used can be extremely important, and the word ‘war’ is one such example. It is critical to keep a sense of perspective about what war looks like. In the words of Dominique Faget from Agence France-Presse, who covered several wars around the world, “war is to live in daily fear of death, to live on borrowed time, to not have security anywhere, anytime. It’s to watch people falling around you every day, from bullets or shells that rain down on entire cities.” (Source)

Other words to be aware of include ‘terrorism’ itself – when should an attack be described as terrorism and when should it not? See our publication for more insights.

It is crucial to understand what lies behind coverage of major issues like terrorism – the motivations of the media, the goals of terrorist groups. The real risk is that fear and suspicion will drive a new wave of nationalism and populism, and that the freedoms we have all worked so hard to achieve will be sacrificed. This is why media coverage must avoid fostering division, hatred and radicalisation at both margins of society by providing verifiable information and facts.

An electronic version of the handbook Terrorism and the Media is available online here.

Read more about what UNESCO is doing to contribute to the fight against terrorism and radicalization: Preventing Violent Extremism, Media in Crisis and Disaster Situations and Media and Information Literacy.

Jean-Paul Marthoz, author of Terrorism in the Media, discusses some of the issues for journalists in covering terrorism.

Interview of publication author Jean-Paul Marthoz with the Canadian Commission for UNESCO:

Download social media visuals to share and discuss with your networks the importance of accurate, responsible coverage. 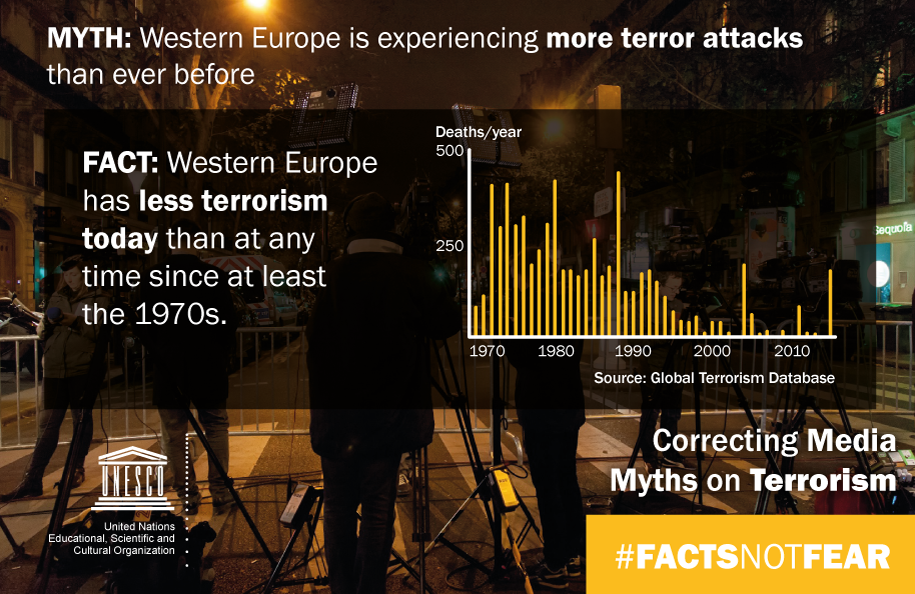 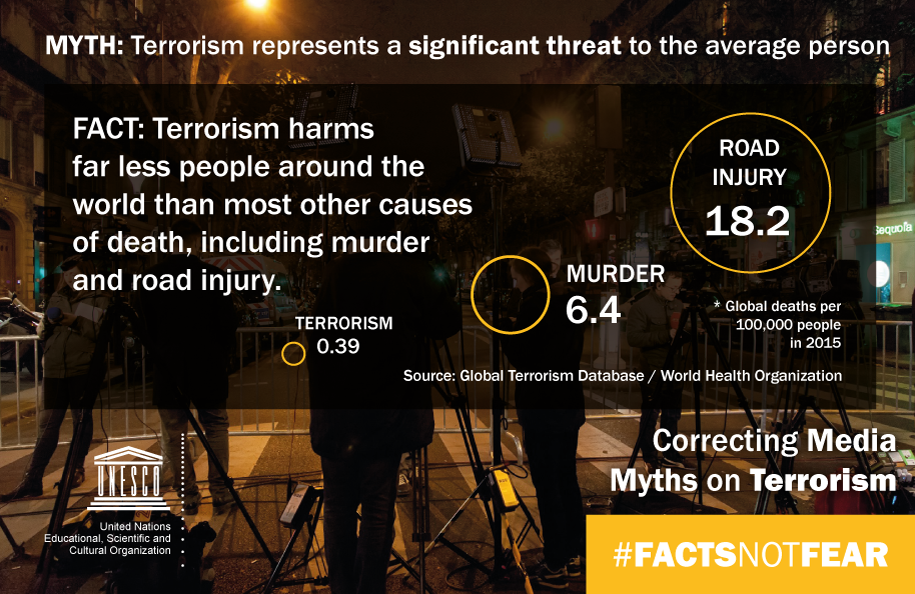 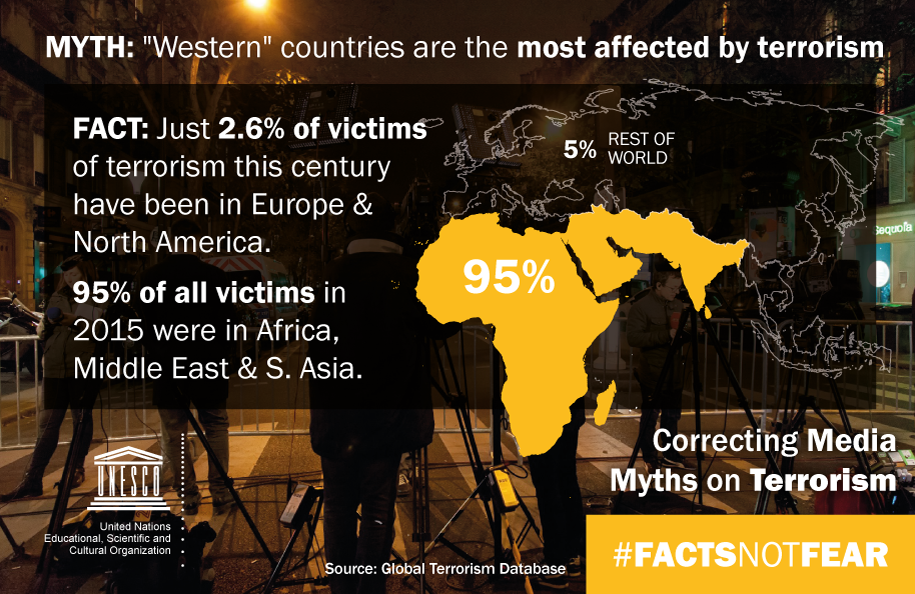