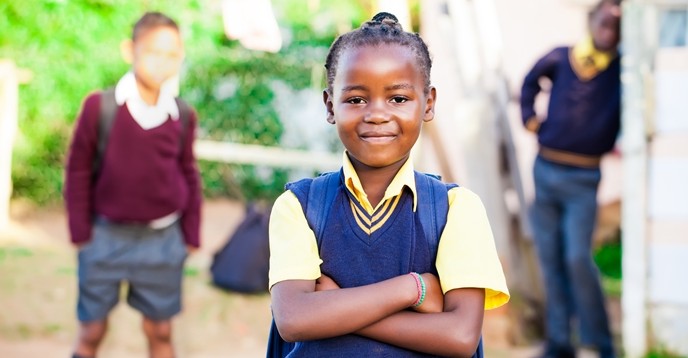 UNESCO, UNFPA, and UN Women presented the revised UN Technical Guidance on Sexuality Education at ‘Education for a Healthy Future’ – at an event on 13 March on the sidelines of the 62nd session of the Commission on the Status of Women (CSW) at UN Headquarters. The event follows International Women’s Day on 8 March, and the strengthened call for all people to think, act and be gender inclusive.

The prevalence of gender-based violence

Every year, an estimated 246 million children are subject to some form of gender-based violence, including mistreatment, bullying, psychological abuse and sexual harassment in or on the way to school. 25% of children experience physical violence and 36 % experience emotional violence.

Educating young people is the only true, long-term solution to gender-based violence. However, it must be high-quality, age-appropriate, and evidence-based comprehensive sexuality education.

Contrary to what opponents of sexuality education often claim, CSE is not just about sex. When delivered well, it promotes health and well-being, respect for human rights and gender equality, and empowers children and young people to lead safe and productive lives. Notably, it teaches that all forms of gender-based violence are wrong, and a violation of human rights.

Young people not only learn how to recognise and stay away from all forms of gender-based violence, but they also learn how to prevent it, to not perpetrate it, and know where to get help. They also learn essential life skills such as empathy, negotiation, decision-making and critical thinking, encouraging them to question social and cultural norms that support unequal gender and power structures, and which often lead to violence.

The importance of comprehensive sexuality education

Despite clear and compelling evidence for the benefits of curriculum-based CSE, too few children and young people receive it. To help change this, UNESCO has published a fully updated International Technical Guidance on Sexuality Education.

It advocates CSE to help young people overcome the challenges posed by sexuality and reproductive health issues, which are particularly difficult during puberty. These challenges include access to contraception, early pregnancy, sexually transmitted infections (STIs), HIV, and AIDS.

What are children learning?

The Technical Guidance goes beyond that. It outlines the key concepts, topics and learning objectives which should guide the development of locally-adapted curricula for learners aged 5 – 18+.

It includes concepts like violence and staying safe, breaking them down into lessons around consent, privacy and bodily integrity. For learners aged 5 – 8 years, this helps them to describe how they would talk to a parent, guardian or trusted adult if they were experiencing violence. For learners over the age of 15, it teaches more complex notions of consent.

The Technical Guidance advises teaching about tolerance, inclusion and respect. It guides young learners to treat all people with dignity, and older learners to understand broader concepts of harassment and bullying, acknowledging that everyone has a right to speak out about it and demonstrating ways to counter it.

A young learner begins to understand that our ideas about gender and gender stereotypes can affect how we treat other people, and will learn how to define gender-based violence. As this child becomes an adolescent, they learn to identify all forms of gender-based violence, such as sexual harassment, domestic violence, homophobic violence and rape. As that child becomes an early adult, they are able to recognise intimate partner violence and know how to leave an abusive relationship.

Schools can play a pivotal role in stamping out gender-based violence. As the Technical Guidance outlines, they must implement zero tolerance policies for sexual harassment and bullying, including stigma and discrimination on the grounds of sexual orientation and gender identity.

It is also up to governments. The Technical Guidance supports governments to ensure all children and young people have access to evidence-based, curriculum-based CSE, knowing that it is critical to broader efforts to end sexual harassment and assault.

Cultures take time to change. Thankfully, speaking out against incidences of gender-based violence such as sexual harassment and abuse is becoming, not only acceptable, but also commonplace.

Through CSE, the next generation of children and young people stand in the best position to help create an inclusive and gender equal society.