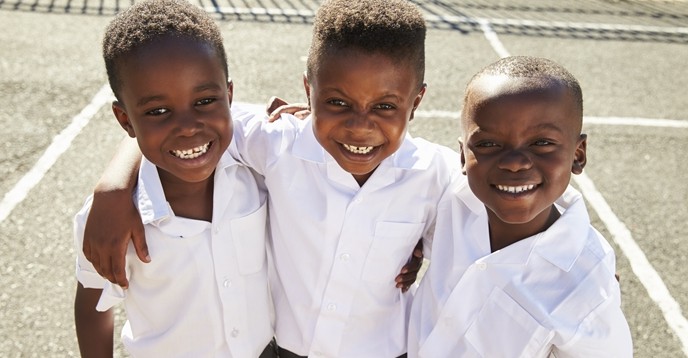 The United Nations marked the first International Day of Education on 24 January 2019 with calls to commit rather than celebrate, during an event at UN Headquarters.

Education as a key driver for inclusion and empowerment

Co-organized by UNESCO with the Permanent Missions of Nigeria, Ireland, Singapore, Qatar and Norway, the event focused on education as a key driver for inclusion and empowerment.

Opening the event, the moderator, Ms Geraldine Byrne Nason, Ambassador and Permanent Representative of Ireland to the UN, stated that education, a top priority for her countries, “makes the world a safer and better place for all of us.” Urging higher investment in girls’ education, she stressed that “Investing in girls means sustainability for society, put simply hope for the future,” announcing that Ireland would increase investment in education.

Recalling that 2030 is only 12 years away, UNESCO’s Assistant Director for Education Stefania Giannini, called for deeper cooperation and increased investment at all levels. “This is an investment that brings high returns for people and societies. We aspire for Heads of State at the next UN General Assembly to highlight their commitment to education in a clear voice. We aspire for education and skills to be recognized by the G7 and G20 and in the agendas of regional organizations.”

“Much more needs to be done to reach those farthest behind,” said Professor Tijani Muhammad Bande, Ambassador and Permanent Representative of Nigeria, the country that spearheaded the Resolution establishing the International Day of Education. “We need to increase the reach of education, to improve learning outcomes, but also to forge partnerships, to leverage political commitment and raise awareness.”

Qatar highlighted the partnerships established through the Education Above All foundation, spanning 50 countries and reaching 10 million children, while Singapore emphasized education’s role in fostering civic engagement, cross-cultural competences and digital skills to adapt to new demands of the world of work. Announcing her country’s decision to join the resolution, the Deputy Permanent Representative Jophie Tang said this was a first step “to raise global awareness on the significance of education and its impact on societies”.

UNICEF’s Deputy Executive Director Omar Abdi stated that “bringing the promise of SDG4 to life means targeting specifically children farthest behind, tailoring interventions to meet their education needs, investing in what we know works, and putting learning at the center of our efforts.”

In a video message featured at the opening of the event, Pope Francis voiced encouragement for “UNESCO’s efforts to foster peace in the world through education,” further stating, “I hope that education will be made accessible to all and that it be inclusive.”

To further encourage collaboration around SDG4, two panels drew voices from academia, the corporate sector, foundations and the Global Partnership for Education, in addition to an intervention by the Director of Education Cannot Wait, Yasmine Sherif, which brings together humanitarian and development actors, working in 19 crisis-affected countries.

On the same Day, Ms Giannini moderated the launch of the UN Group of Friends for Education and Lifelong Learning, co-chaired by Argentina, Czech Republic, Japan, Kenya and Norway. The Group aims to upgrade education to a global priority at UN Headquarters and strengthen synergies between the SDG-Education 2030 Steering Committee and UN decision-making bodies such as the UN General Assembly and the High Level Political Forum. “Our Group will facilitate aligned advocacy on the centrality of education for reaching all the Sustainable Development Goals and strive to provide a common platform to Member States and relevant stakeholders to advance best practices,” said Koro Bessho, Ambassador and Permanent Representative of Japan to the UN, speaking on behalf of the co-chairs.