Can indigenous radio stations foster peace in the DRC? 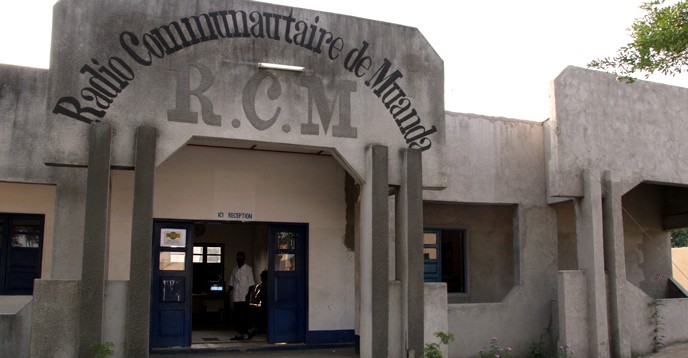 UNESCO launched a new community radio project in the Tanganyika province of the Democratic Republic of the Congo, which aims to foster peace amongst indigenous peoples in the region. By broadcasting in local languages, radio stations can effectively raise key questions in the peace process and deliver crucial information to those who need it most.

The project – Tusikilizane or “Let’s listen to each other” will help to consolidate peace and promote social cohesion between the Bantu and Twa populations. Collaborating with both the United Nations Population Fund (UNFPA) and the Food and Agricultural Organization (FAO), UNESCO is encouraging women and youth to participate in local peace committees where they can use their own direct experiences and skills to reconstruct a strong society. This initiative allows the diffusion of their information and peace messages, particularly through the creation of a new local radio stations in key regions, which are being operated by a mixture of Bantu and Twa personnel.

“Broadcasting in local languages is essential to the success of this project,” said Joseph Poto-Poto, UNESCO’s National Professional Officer for Communication and Information in Kinshasa. “By supporting community radio stations, in particular by training their hosts to broadcast educational programs in indigenous languages that encourage a culture of peace, we can better provide communities with the information they need in the move towards reconciliation.”

Using the lessons learnt from the “Empowering Local Radio with ICTs” project, this initiative strengthens the capacities of local radio stations through a number of workshops, mentoring activities and forums. In this way, radio personnel have the proper skills to produce and broadcast programs focusing on the different aspects of peace building, such as the protection of vulnerable populations, as well as raising awareness for displaced persons, disarmament and the demobilization of former militants.

This project is supported through the United Nations Secretary-General’s Peacebuilding Fund’s (PBF) Gender and Youth Promotion Initiative (#GYPI), which underlines the Fund’s commitment to inclusive peacebuilding. It additionally highlights the cultural and social importance of indigenous languages in our world, particularly in terms of peace building and reconciliation, which is currently being celebrated as part of the International Year for Indigenous Languages.

For more information on this project, please contact Joseph Poto-Poto at j.poto-poto@unesco.org or Léa Nacache at l.nacache@unesco.org.