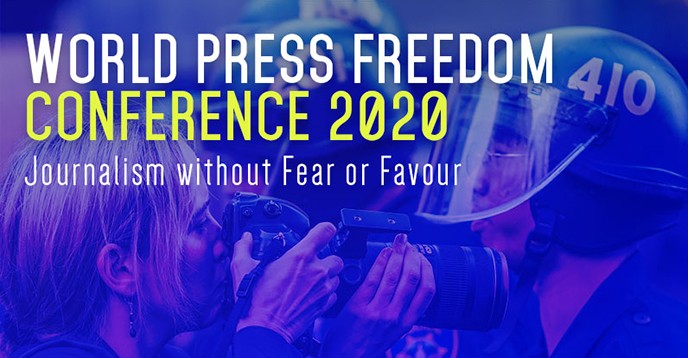 Join the largest international celebration of Press Freedom at an engaging 3-day conference in the Netherlands!

UNESCO and the Kingdom of the Netherlands are jointly organizing the World Press Freedom Conference in The Hague on 22-24 April to celebrate the 27th edition of World Press Freedom Day. The hosts call on organizations to submit session proposals before 10 January 2020 and on individuals to pre-register attendance before 06 March 2020.

This year’s conference theme is focused on celebrating independent journalism and standing up against media capture. Media independence is recognized in the Windhoek Declaration as a necessary condition to ensure press freedom. However, persisting and emerging forms of media control hamper press freedom and threaten media independence worldwide.

The conference is taking place within the context of the 75th anniversary of the United Nations in the Hague, international city of peace and justice. It will feature high-level speakers from the media, civil society, the arts, the political sphere and the judiciary. The first two days (22-23 April) will be dedicated to debate and exchange in the form of plenary debates and breakout sessions. “Festival Day” on 24 April will encourage creative explorations of the theme, including workshops, performances, film screenings, mentoring sessions and other formats.

The event will also feature the annual WPFD Academic Conference on the Safety of Journalists and a Youth Newsroom, which will involve media students from all over the world covering the event live. One of the highlights of the event will be the award ceremony of the UNESCO/Guillermo Cano World Press Freedom Prize 2020, which recognizes a person, organization or institution that has made a notable contribution to the defense and/or promotion of press freedom. Nominations for the prize winner should be submitted to UNESCO by 15 February 2020.

National events to celebrate World Press Freedom Day will be organized around the world on or around 3 May.